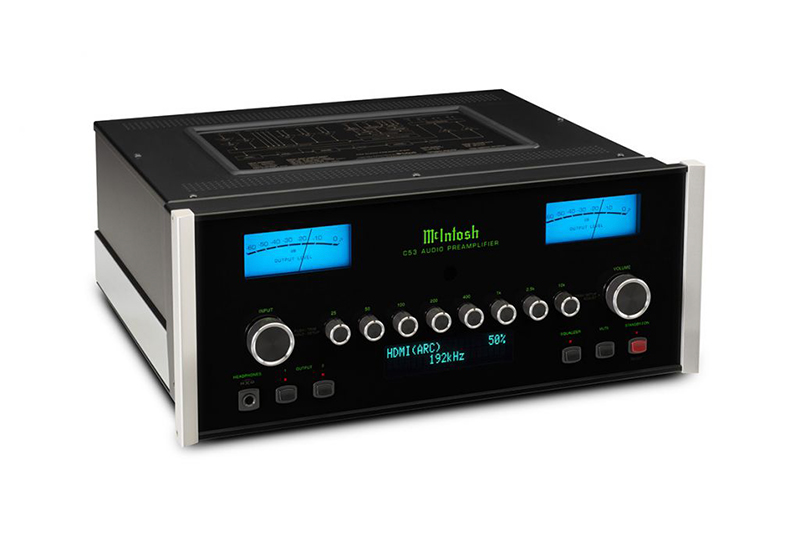 The first of its kind from the hi-fi aficionados.

McIntosh has unveiled a new preamp called the C53, reports What Hifi.

Read more: Behind the blue: The Making of McIntosh’s iconic amplifiers

The C53 will be the first McIntosh product that features the company’s DA2 DAC – which includes DSD512/DXD 384kHz playback over USB, audio-only HDMI ARC input, as well as HDMI ARC output.