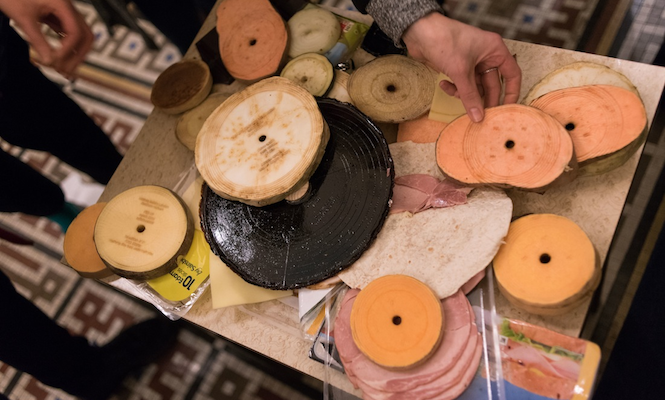 Ever the taste-maker for saucing [sic] raw sounds as ingredients to produce provocative music, Matthew Herbert has gone the whole hog and laser cut a smorgasbord of foods, which he played live on turntables to a wholesome audience at The Guy’s Chapel in London last night.

Going someway to explain why a tongue-in-cheek photo of a laser-cut tortilla appeared on his Twitter feed earlier this month, Herbert was commissioned by Science Gallery London for FED UP: The Future of Food to get to the root of contemporary issues around food production, nutrition and waste. 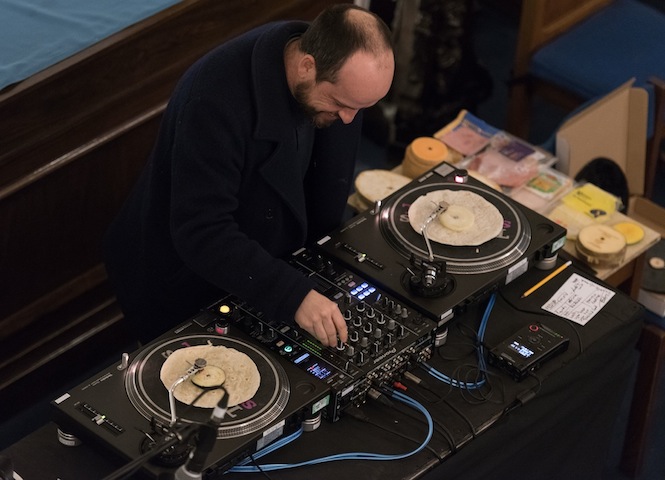 Equipped with a larder of ingredients used in processed foods, he laser-etched aubergine, onion, celeriac, potato, ham, cheese, tortilla and sugar into playable, edible records which were then fed to the audience at the end of the performance.

It’s safe to say, the photos speak for themselves. Check them out below.