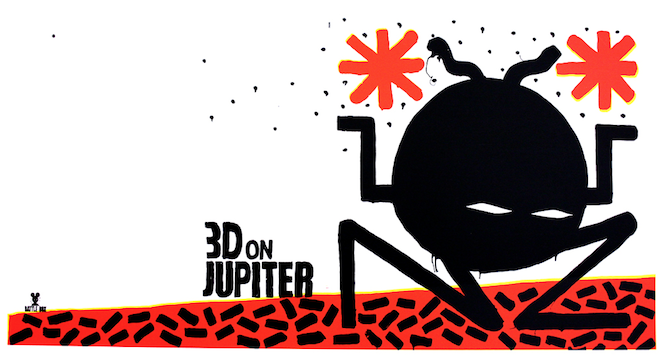 “In 2007 I went to the Congo with Africa Express. I was lucky to hang out and listen to some pretty amazing musicians, Jupiter among them.

“This track is built with an unknown modular synth from Munich, a Moog and a Vermona drum machine, with help from Euan Dickinson and Tim Goldsworthy. And mixes by Bruno Ellingham. I wanted to mirror the energy and message in the song without complicating it. The b-side is a more relaxed and melodic using a Prophet 5 and a jupiter 8.

It is the second release on the Battle Box label, which is made and distributed through The Vinyl Factory. Paul Insect has designed the covers and label art. Everything is screenprinted and limited in number.”

Battle Box 002 is released today. Head here to order one of just 300 screen-printed copies and watch the video below: