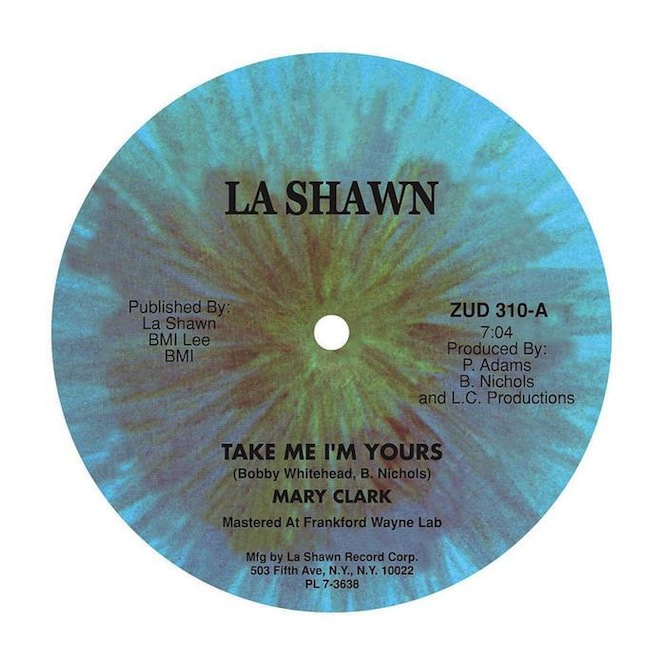 One of the most sought after disco tracks of all time is available again.

Up there with Gloria Ann Taylor’s ‘Deep Inside Me’ as one of Discogs’ most wanted rare soul 12″s, Mary Clark’s Patrick Adams-produced ‘Take Me I’m Yours’ has finally received its first official reissue via P&P Records, thirty six years after it was originally released.

Dropped by Floating Points in his Essential Mix last year the seven-minute soul-meets-gospel disco track had previously only been available on short-lived NYC label La Shawn and has been the subject of the odd unofficial, poor-quality press with the original practically unattainable, with rumours suggesting only 200 of the originals were ever pressed.

With the first loth already straight out the door at Phonica Records, you can pre-order a copy here ahead of a re-stock in the next week or so. As well as the original version, the b-side carries a rare instrumental for DJs.

The story of Motown Records captured in new book