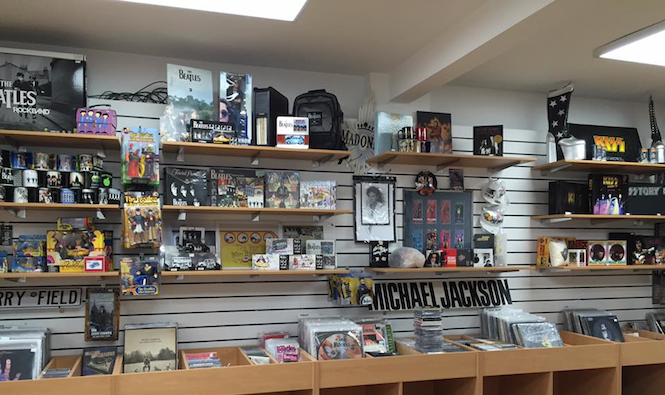 What else would you do with £148million?

Millionaire lottery winner Adrian Bayford has opened a record shop in Cambridge with his winnings.

Dealing in second hand records and a wide range of music and film memorabilia, Black Barn Records opened for business over the weekend and is Bayford’s second venture into music retail. He was running Suffolk Music Centre in Haverhill when he and his then-wife Gillian bagged the £148million Euromillions jackpot in 2012.

“Unlike a lot of the national chains who sell you what they want to sell we cater to what people actually want,” Bayford told Cambridge News. This includes a £10,000 stash of Lady Gaga mementos purchased earlier this year and a rare photo of The Beatles signed by John Lennon two weeks before his death.

But that’s not all. Bayford has his sights set on building a mini music empire, with plans to open a “couple more” shops and a vinyl pressing plant in the UK. Good stuff, Adrian.

“Not everyone wants to buy online, we offer a unique experience in the shop, catering from eight-year-olds to 80-year-olds.” [via Cambridge News]

VNYL unveils wireless turntable that plays both digital and vinyl