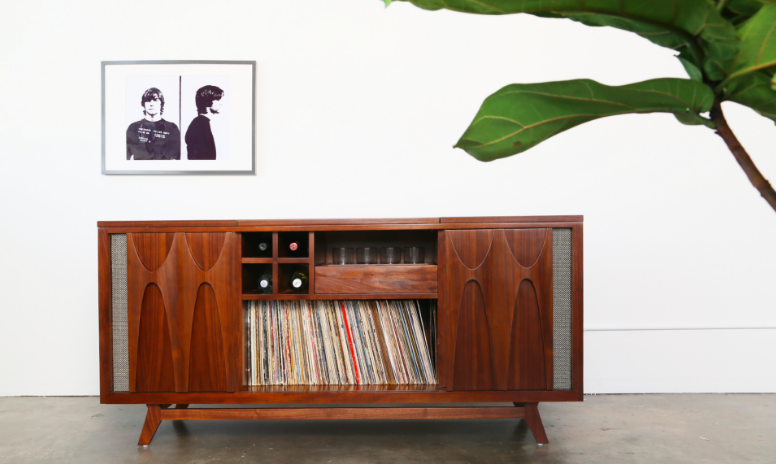 Your new whiskey and vinyl cabinet.

In the ’50s and ’60s, record player consoles were the epitome of bachelor pad cool: the ultimate living room showpiece; but they were also known for their warm sound and sonic range. Harking back to that golden era, husband and wife team Luno have created the EGB2, a beautiful new record player console with the whiskey drinker, as well as the vinyl lover, in the mind.

The console updates the classic mid-Century design with a boutique minimalist turntable, a pull out MiniBar and four custom gold rimmed whiskey glasses that evoke the luxurious style of the Mad Men era. Handcrafted from American walnut, each EGB2 has storage space for up to 150 records.

In line with the recent trend towards wireless turntables, there’s also Airplay compatibility so you can stream music around the house.

The EGB2 is made to order. See photos in the gallery below and speak to Luno for further details.

Want to know what else is on the market? Try these 10 incredible record player consoles that will help reimagine your living space.

Tracing the history of Brazilian hip-hop with DJ Nuts