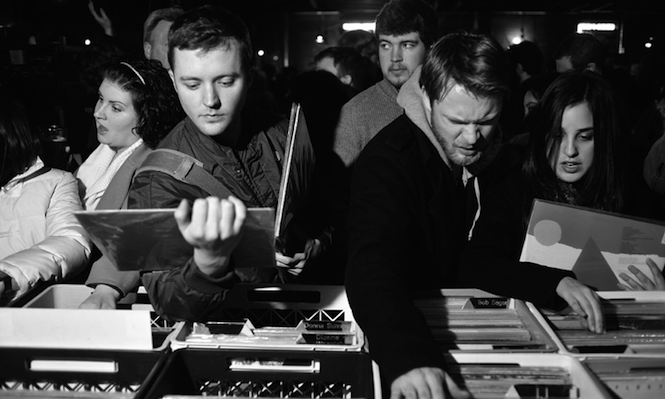 One for the crate diggers as dealers and labels join what is being billed as “London’s biggest record fair”.

With Record Store Day enjoying the off-season and the Independent Label Market heading up to Glasgow for its next event, the London Record Fair will be plugging the gap in the capital with a four-day fire sale in Brick Lane’s Old Truman Brewery.

Welcoming dealers from all genres, the London Record Fair is also expecting labels Soul Jazz, Rush Hour, BBE and Brownswood to set up shop as part of the 50-stall market, with the latter’s head honcho Gilles Peterson to play at the fair’s official after-party on October 5th.

Among the high-profile dealers also hawking their wares will be Hugo Mendez of Sofrito’s tropical discoteque and Psychemagik’s Danny McLewin, who recently featured on The Vinyl Factory with his top 10 psychedelic records you’ve never heard of.

The London Record Fair will take place at Old Truman Brewery, 91 Brick Lane, London, E1 between the 3rd and 6th October and you can visit their website for more details or follow @LDNRecordFair on Twitter.

If that doesn’t test your bank balance enough, The Vinyl Factory will present Independent Label Market in Glasgow on 12th October with a selection of the finest Scottish record labels (Numbers, Optimo, AED) invited for a day of market-style trading. Find out more HERE.