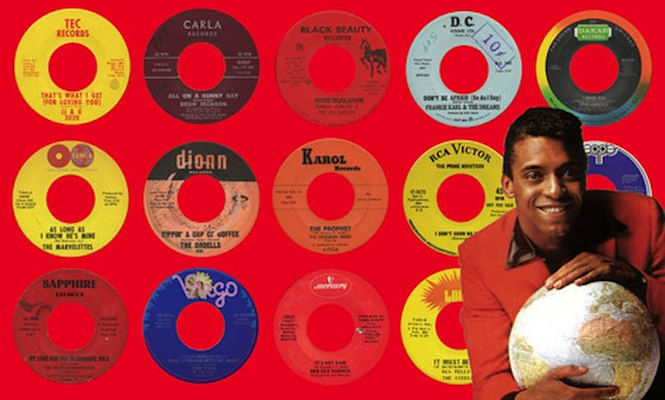 A definitive guide to the sound of chirpy post-Motown ambassador Mayer Hawthorne.

Ahead of his new album Where Does This Door Go set for release on July 16th and fresh from collaborating with Stax veteran Booker T. Jones, Detroit’s very own soul revivalist Mayer Hawthorne has dropped a “24 soul donut” 7″ set, all mixed from original vinyl.

Often spotted rooting through the record bins at Michigan vinyl institutions like Ann Arbor’s Encore Records, Mayer Hawthorne is doing for soul what Jack White has done for blues. A passionate throwback and a fiend for analogue sound carriers – he even pressed his single “Just Ain’t Gonna Work Out” on heart-shaped vinyl way before RSD made that shit hip – Hawthorne’s own sound, like his mind-boggling record collection, is seriously indebted to the classic cuts on show in this killer selection of love-soaked soul, doo-wop choruses and earnest breaks from the likes of The Marvelettes and Dee Dee Warwick. It even includes the super rare original version of Hawthorne’s own hit “I Want You” by Otis Leavill. [via Okay Player]

Available for download and originally released as a 2009 Stones Throw mix for crate diggers and Madlib sample aficionados, you can listen to Soul With A Hole Vol.1 below: