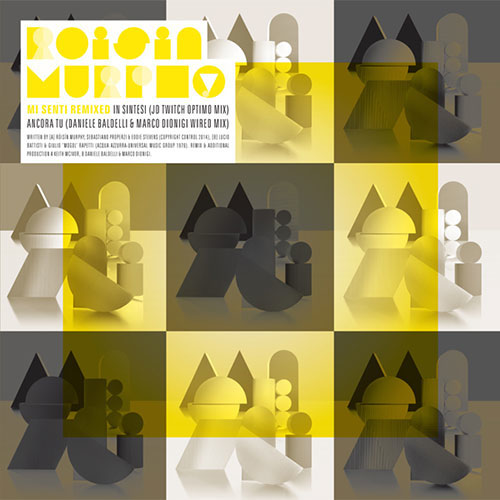 Róisín Murphy’s love affair with Italian music reaches new heights as the release of the second 12” remix bundle draws closer. Optimo’s JD Twitch leads proceedings with a warped and sonorous disco take on ‘In Sintesi’ – a new Murphy composition on the Mi Senti EP, which also includes five fresh covers of Italian pop classics. JD Twitch masterfully recasts the material to give it a new interpretation, following on from Psychemagik’s acid house version on the first remix bundle.

On the B side, there’s more cosmic disco with a collaborative remix from two Italian legends, Daniele Baldelli and Marco Dionigi. They plunge into ‘Ancora Tu’ – Murphy’s slow burning house cover of the classic Lucio Battisti hit – and emerge with a frisky retro-futuristic sound.

You can listen to JD Twitch’s remix of ‘In Sintesi’ below:

The first remix package saw contributions from Horsemeat Disco’s Severino & Nico de Cegila, Leo Mas, All Seeing I and Psychemagik. Pick up the four track bundle here. And go here to grab a copy of the original EP Mi Senti, limited to 1,000 white vinyl copies, the first 500 of which have been hand-signed by Murphy.

You can pre-order a copy of Róisín Murphy’s Mi Senti Remixed here, ahead of its release on September 10th.