Having announced its closure in January this year, the Brooklyn store will reopen in upstate New York in June.

The store’s owners Francis Englehardt and Paul Nickerson initially closed the store at the start of 2013 citing a reported three-fold hike in rent in the Brooklyn area, but plans to keep Dope Jams purely online seems to have changed with the announcement that they will be reopening in Oak Hill, Greene County at the start of June. [Via Resident Advisor]

The notoriously outspoken record store has been in the limelight quite a bit recently with its highly opinionated “Worst of 2012” list causing a backlash from one particularly disgruntled producer, the Underground Quality boss Jus-Ed, who recorded the single “Dum Jams Dish” in response to being slated.

While it seems strange for such a respected and contentious institution to be ‘retiring to the county’, Dope Jams may just feel a fresh start in a fresh town is not such a bad idea. 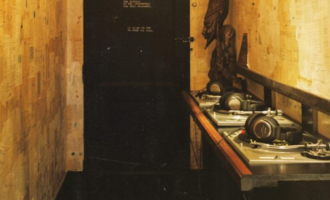