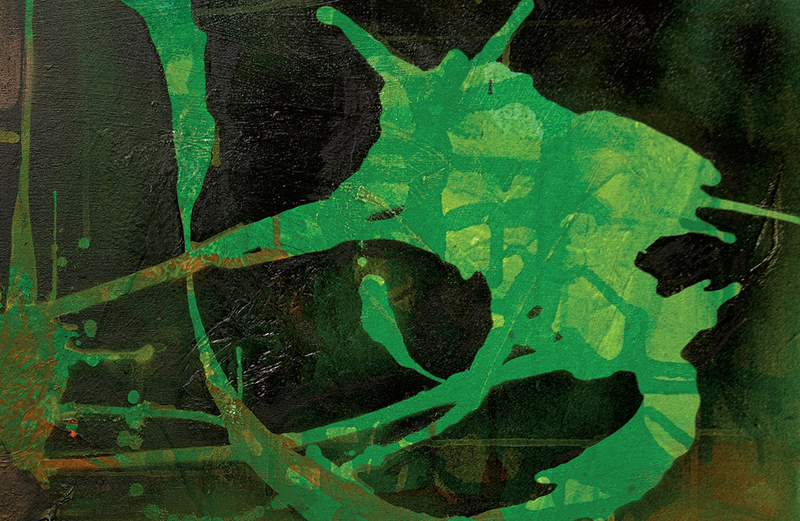 “A voyage into deeply meditative ambience and trance-inducing dub.”

Their collaboration began with sessions at log(m)’s Canada studio in 2007, with several hours of music created over the past ten years since their first meeting.

Originally going by the name Legion Of Green Men in the early nineties, log(m) have become known for their use of eternal opuscules (or locked grooves) in vinyl pressings, which allow the music to play on indefinitely.

The Onrush Of Eternity 3xLP release features multiple locked grooves, as well as “cryptic engravings” from the duo.

The album is available on transparent red, green and blue vinyl as well as standard black variants, with a cover adorned by an abstract painting by Montreal-based artist Susan Kilburn.

Pre-order The Onrush Of Eternity here ahead of its 18th February release, listen to clips from the album and check out the track list below.