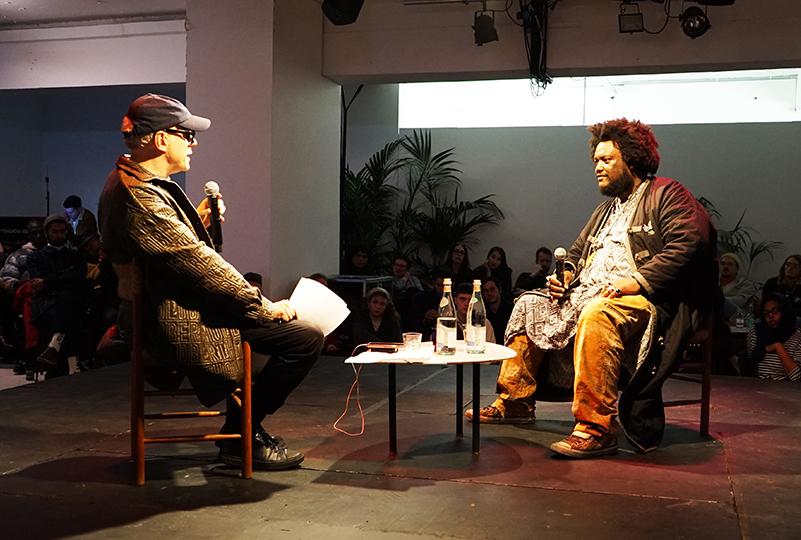 The saxophonist goes deep on growing up with Thundercat, how graphic novels helped complete Heaven & Earth, and the creation of his new film As Told To G/D Thyself.

Earlier this month, Kamasi Washington came to The Store X in London for the launch of new film exhibition As Told To G/D Thyself.

Directed by Ummah Chroma, the 5-person collective of which Washington is a part, the film is a cosmic, non-linear narrative of youth and experience, soundtracked by his 2018 album Heaven & Earth.

As well as a thunderous live session on the opening night with the likes of Yussef Dayes, Mansur Brown and Nubya Garcia, Washington joined Serpentine Galleries’ Artistic Director Hans-Ulrich Obrist for an expansive interview at The Store X, which you can watch in full below.

Touching on his life in music so far, from growing up in LA with Thundercat, self-releaing his first records, dreaming narratives to his Brainfeeder debut The Epic and how graphic novels helped inspire the completion of Heaven & Earth, Washington paints a picture of the journey to co-directing As Told To G/D Thyself.

Kamasi Washington performs with Yussef Dayes on drums, Mansur Brown on guitar, Rocco Palladino on bass and Charlie Stacey on keys, for the opening exhibition night of his film ‘As Told To G/D Thyself’ – presented by The Store X, Young Turks and Serpentine Galleries.