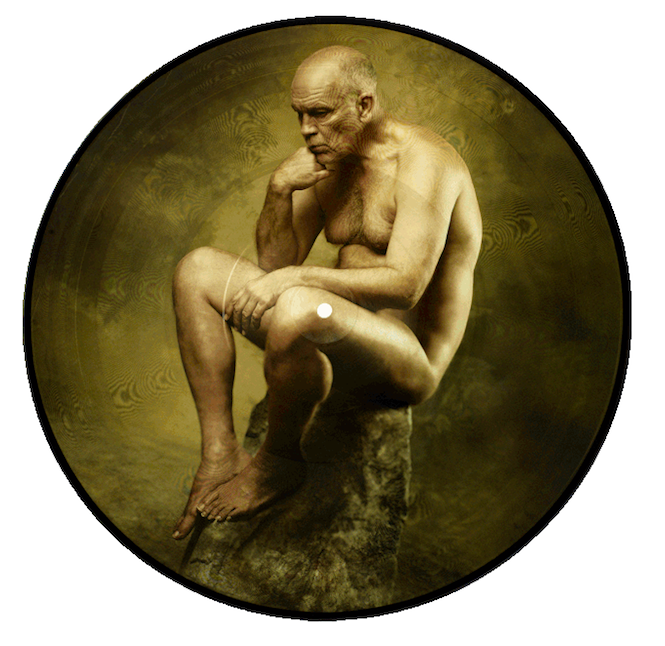 No this is not a dream sequence cooked up by Charlie Kaufman, this is very much happening right now.

With Malkovich reciting Plato’s Allegory Of The Cave over an ambient Alexandrakis score, here’s how the press release describes the project:

The new LP is a cataclysm of sonic artistry, accompanied by the stunning visuals of one of the world’s most celebrated photographers. Malkovich’s rendition of Plato descends over the ambience of Alexandrakis’s track, while Sandro’s immense artwork paints a twisted, looming visual. The scene is set. John stands at his mark, Sandro yells “action,” and Eric begins to conduct the orchestra.

Released as a limited edition picture disc with suited and nude portraits of Malkovich assuming The Thinker’s pose on each side, Illuminated follows Malkovich, Alexandrakis and Sandro’s Like A Puppet Show edition and will feature music from the Sandro-directed Allegory of the Cave which stars Malkovich and will premiere at the Cannes Film Festival this year.

With just 1,000 copies available (no digital), pre-order yours here and make a date to see Sandro and Malkovich discuss this and the launch of an accompanying book of portraits at Rough Trade next week.