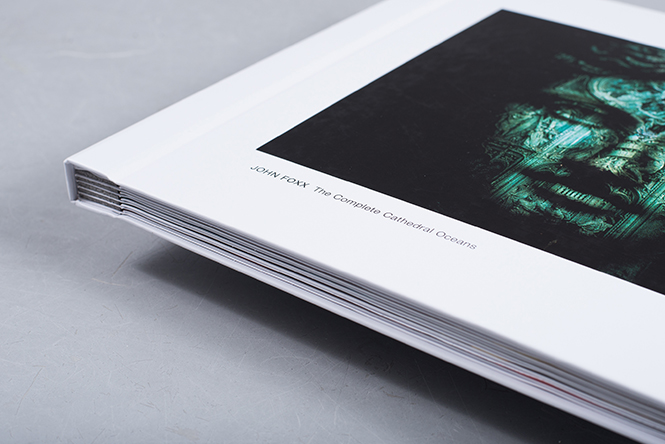 A musical touchstone packaged for the ages.

Despite having been cited as a formative influence by everyone from Aphex Twin and Juan Atkins to Junior Boys and Clint Mansell, John Foxx’s Cathedral Oceans has struggled to hold its own in the disputed, amorphous canon of ambient music. Hell, it didn’t even make Pitchfork’s recent top 50.

Originally released on CD in 1997, 2003 and 2005 respectively, John Foxx’s Cathedral Oceans trilogy was never released on vinyl, sometimes seen as an unwieldy medium for music that thrives when uninterrupted.

However, if ever Foxx and Metamatic (who originally released the trilogy) needed a release to assert the authority of the work, then this new 5xLP vinyl reissue is it. Packaged for the ages, and bound like a book, few releases can make the case for canonisation quite as powerfully as this.

As well as the music, the release contains a beautiful 12 X 12” art print and a short book that follows the visual theme of the release to a tee alongside passages from his novel The Quiet Man. The images reference a series of accompanying videos that feature photographs of buildings, statues and foliage collected by Foxx over a number of years, which he describes as a “moving stained glass window that you can sit and look at for hours.”

A project that began as early as 1983, the sonic concepts that underpin Cathedral Oceans found their genesis in Foxx’s childhood experience singing in a choir. As he explains:

“During that time I became very interested in the way that sound worked in big spaces, churches particularly… It really inspired the juxtaposition of old style church music with modern technology and synthesizers creating notional space, rather than real space.”

Grand, uncompromising and presented as a tome in its own right, Cathedral Oceans is finally taking its place at the alter of ambient music. Explore the release in more detail below and click here to order your copy of the set, limited to 750 copies.