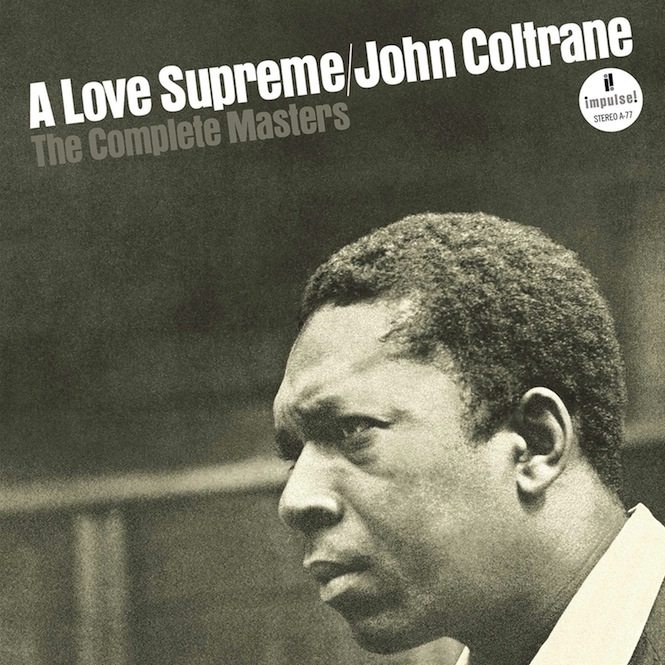 The whole picture of one of most iconic recording sessions of all time finally emerges.

The complete masters from John Coltrane’s A Love Supreme sessions in 1964 will be released for the first time on vinyl next month.

Appearing on CD at the tail end of last year to mark 50 years since its original release on Impulse!, The Complete Masters edition captures the all the previously unavailable outtakes, overdubs, and studio chatter that bring the session to life.

One of the most important and influential recordings in both jazz and contemporary music, the vinyl release will feature the original album alongside mono reference mixes, vocal overdubs and alternate takes from the quartet session on 9th December, as well as six takes of ‘Part I – Acknowledgement’ from a sextet session the following day. A recording of the album performed live in July 1965 will also be included, as will an essay by Ashley Kahn, who has written a book on the album, complete with rare photos from the sessions and all of Coltrane’s surviving musical sketches and written elements.

A Love Supreme: The Complete Masters will be released on triple vinyl via UMC on 12th February. Click here to pre-order.

The Original Stereo Album, Impulse! AS-77

Side A
Part I – Acknowledgement
Part II – Resolution

The evolution of the Technics SL-1200 turntable - an interactive timeline