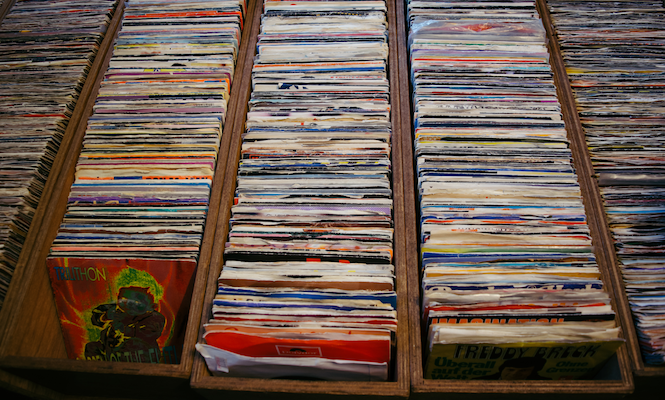 But Jack White just missed out.

Legendary Pennsylvania record shop Jerry’s Records has sold its epic collection of 7″ singles to an online record store in Germany for an undisclosed fee.

Initially up for sale for $75,000 (about 10 cents a record), the haul of nearly 700,000 records has now found a home, but not without a spot of late drama, with Jack White’s Third Man Records favourites to make the acquisition before pulling out of the race on the weekend.

Owner Jerry Weber had even slashed the price for local buyers in an attempt to keep the collection in the Unites States but to no avail. Explaining the logic behind the sale, Weber said: “Kids don’t like 45s, unless they’re punk rock or metal. So that leaves people from 55 to 75, and they have everything. The only people who bought them are people with jukeboxes and that’s a very low minority.”

As we initially reported, the collection is divided into five separate sections, the first two of which account for 540,000 records and cover non-specialist (rock, soul, pop, country) used records, alphabetised by artist and filed with name cards. A third batch of 100,000 singles consists of unplayed 45s still in their factory sleeves, the desirable forth section holding 65,00 rarities, promo copies and expensive gems, while the final nightmarish misc section is made up of another 60,000 completely unsorted odds and ends.

Earlier this month Jerry announced he was giving away 20,000 records for free on record Store Day. [via Pittsburgh Post-Gazette]