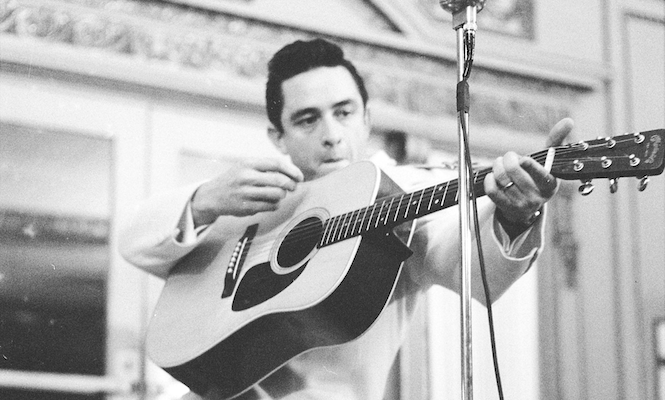 Third Man Records have teamed up with their Tennessee-based ancestors for a 7″ reissue series that will initially include singles by Johnny Cash, Rufus Thomas and The Prisonaires.

Following their collaboration with Document Records to reissues the back catalogues of legendary delta blues musicians like Blind Willie McTell, Third Man have extended their interest in the evolution of rhythm and blues with the indispensable Sun Records.

Founded in 1952 and home of Elvis, Cash, Orbison and many others, the label that brought rock and roll into the American consciousness is being revitalised by Third Man, who have chosen to reflect Sun’s diverse early output with a 7″ reissue campaign that kicks off on May 21st with Rufus Thomas’ RnB hit “Beer Cat” and The Prisonaires’ doo-wop ditty “Just Walking in the Rain” from 1953. 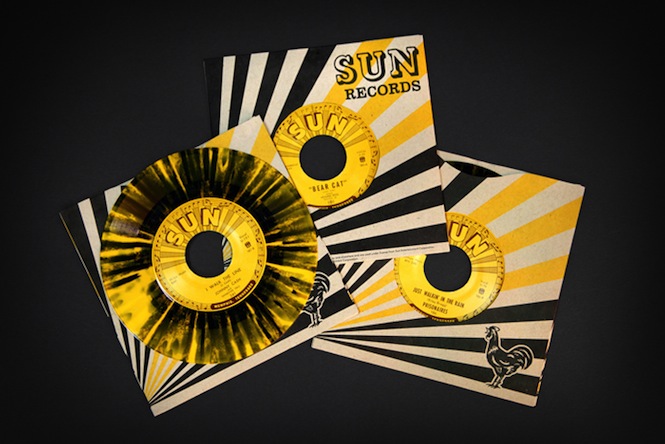 The third single of the initial batch of releases will be Johnny Cash’s “Get Rhythm” with the famous “I Walk The Line” on the flip, either on standard black or limited edition yellow and black vinyl. True to their attention to detail, Third Man will also shine a light on Sun’s classic look as “each release remains faithful to its original issue on Sun, replicating the classic logo and label design coupled with a striking Sun company sleeve”. [via Exclaim.ca]