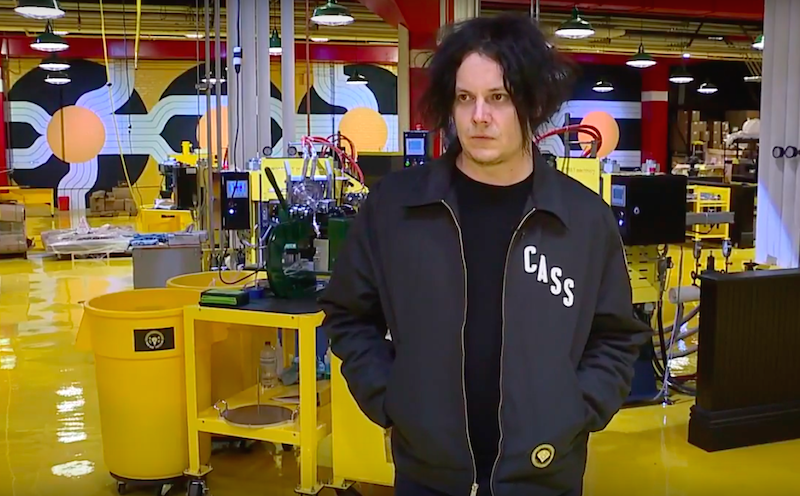 The “most incredible” vinyl factory opens to the public tomorrow.

Less than a year after opening a record store in Detroit, Jack White’s Third Man will this Saturday open a 10,000-square foot vinyl pressing plant within the same complex.

“If I was going to pick one place it was going to be Detroit, and this neighbourhood in Cass Corridor,” said Jack White in a new interview with WXYZ Detroit, which you can watch below.

One of the new factory’s unique features is a viewing window that allows customers to see the pressing process in action. “It’s a natural continuation of what we built with the store front here and the live venue,” White continued.

“The dream was to have a plant where people could see records being pressed and you could buy those records immediately… which doesn’t exist anywhere in the world. Trying to make things that have never existed before is our goal at Third Man.”

Look out for our forthcoming video tour of Third Man’s new factory but for now watch this video on the new operation from Third Man:

Third Man’s biggest triumph of 2016 was playing the first vinyl record in outer-space. Revisit the mission below: