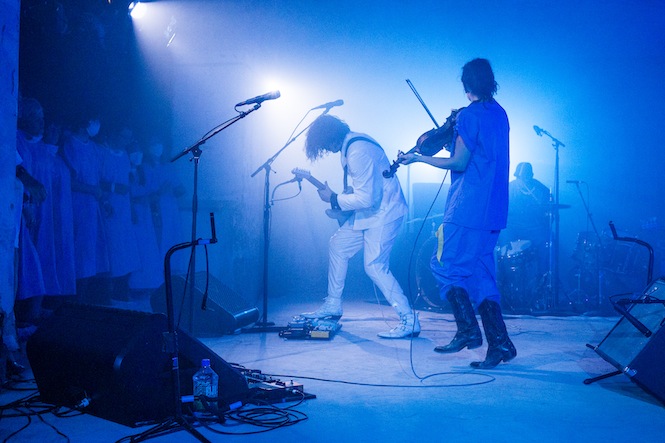 Jack White leaves the venue in an ambulance after elaborate disease-themed show for just forty fans.

It could only be Dr. Jack White. The former White Stripe and arch ambassador of the vinyl record stole into London on Wednesday night to play the most clandestine of concerts to an intrepid audience of superfans who had unwittingly signed up to endure a full hour of “medical testing” at the hands of immersive theatre company Punchdrunk and their staff of Vescovo-clad physicians. And yet, after 30 ferocious minutes and seven tracks, it was White himself who caught the bug.

Enticed by a spoof infomercial for fictional medical research company Vescovo & Co from 1949 seeded on a Jack White message board by The Wellcome Trust, only forty of the thousands of fans to submit their details were fortunate enough to be invited to the screening for an unspecified contagious disease. 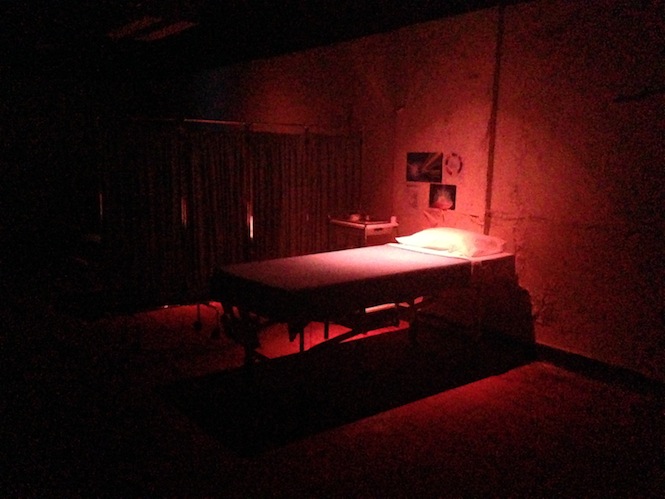 Called to an “abandoned hospital” in central London (known more commonly by day as The Vinyl Factory’s 180 The Strand) at 11pm on Wednesday night, the subjects underwent a series of tests in sinister treatment rooms – urine samples, animal testing, psychological interrogation, you name it – before being led into a smoked-out quarantine pen, recalling the title of White’s recent LP, Lazaretto that references the quarantine stations used by maritime travellers entering Europe from far flung lands.

As an ominous, claustrophobic drone reached fever pitch, the plastic curtains at one end of the pen were torn down to reveal Jack White and his five-piece knee deep in the loudest rendition of ‘Lazaretto’ this side of Glastonbury. Dressed in a tailored lab coat suit, White ripped through six more classics, from an apt cover of ‘St. James Infirmary’ to a maniacal version of White Stripes’ ‘Dead Leaves and the Dirty ground’, as he swayed listlessly into the delirious crowd.

Charged with trademark electricity, White played for close to half an hour, driven on by the small crowd in medical gowns, before the intensity of the spectacle seemed to get the better of him. Staggering across the stage and unable to sustain another rattling riff, he collapsed in a fit of spasms on the floor.

Chaos ensued. Rushed out of the venue on a stretcher, White was held down and bundled into a Vescovo ambulance that swiftly disappeared into the darkness. Those that witnessed it will never look at a hospital in the same way again. 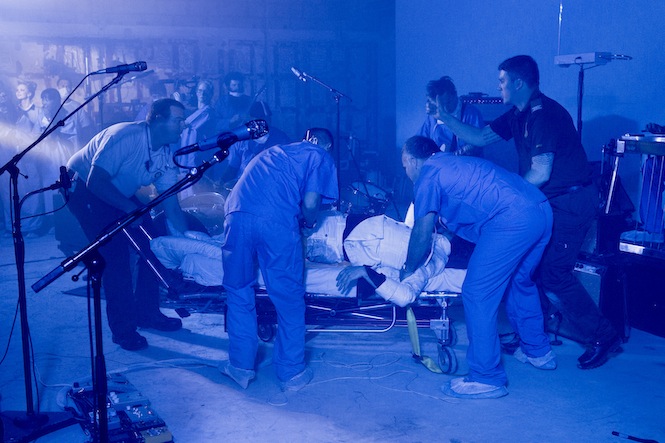 Jack White’s Lazaretto recently broke the record for the most vinyl sales in a week since SoundScan’s records began in 1991. Check out more images from the night below. 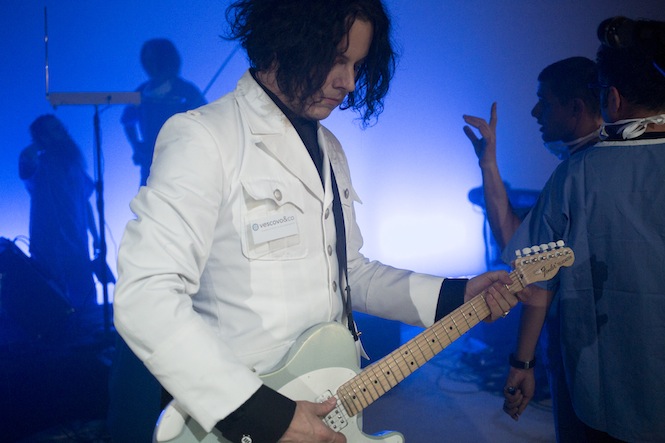 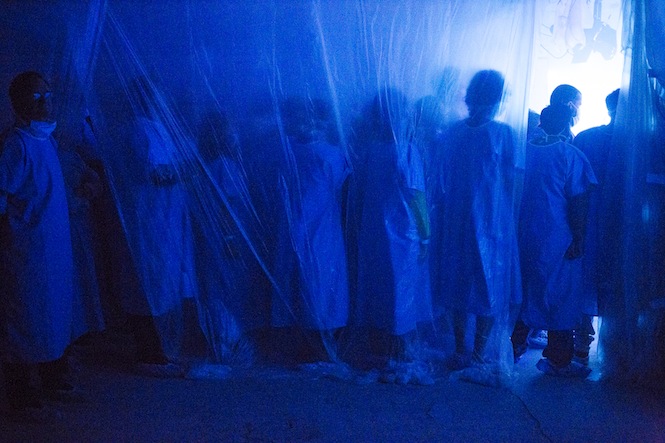 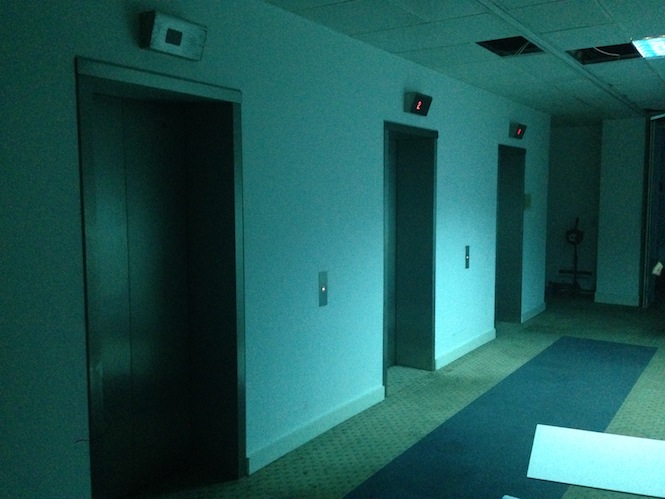 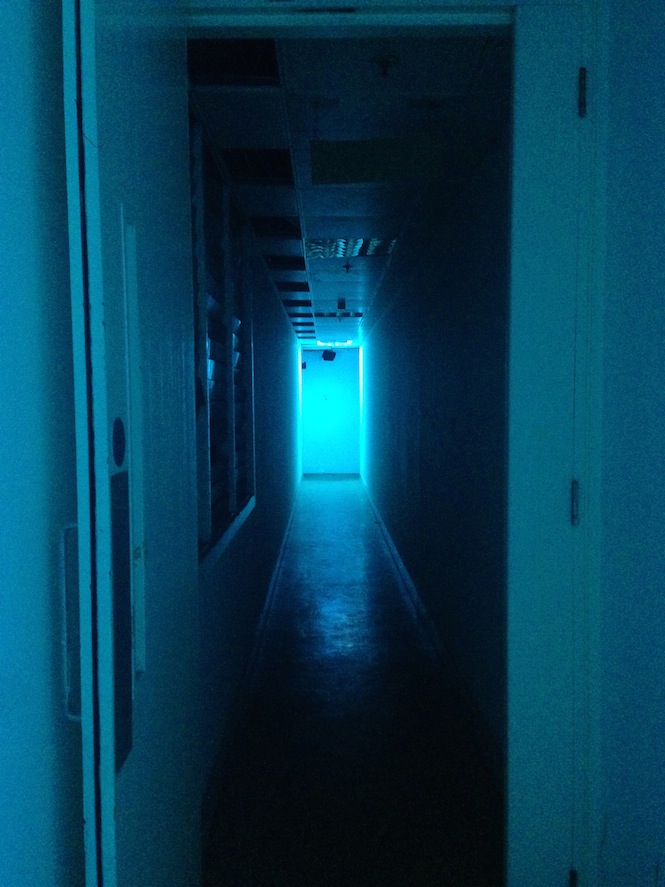