Is this the most expensive jazz record ever sold? 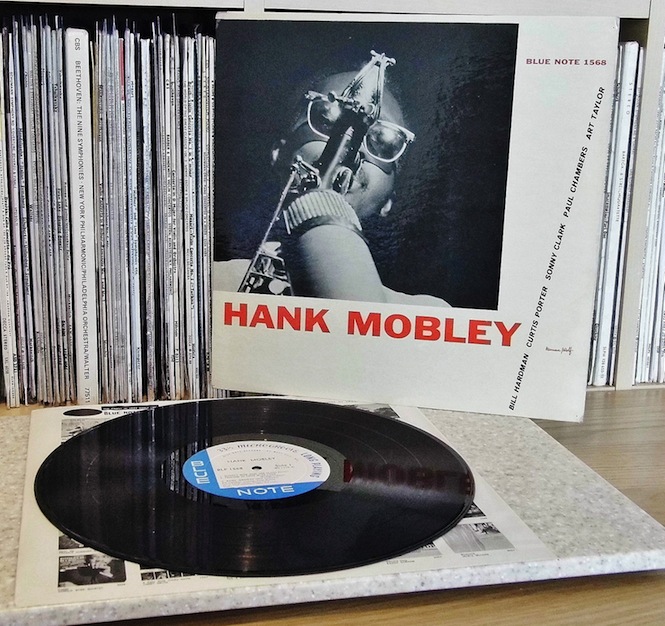 An album by tenor saxophonist Hank Mobley has sold on eBay for £7,300 (roughly $11,162). Released on Blue Note in 1957, the self-titled LP – known among collectors by its catalogue number Blue Note 1568 – is among the most sought after in the world, coming in behind The Beatles’ ‘Please Please Me’ and Sex Pistols’ ‘God Save The Queen’ in the Telegraph’s 50 most collectible records list. US blog jazzcollector.com even suggested it’s close to double the highest price they’ve ever recorded for a jazz LP.

So what makes Mobley’s solid, soulful but unspectacular hard bop outing so valuable? The devil here is in the detail. With somewhere between 300 and 1,000 copies thought to have been pressed, the first pressing of BN 1568 is not only one of the rarest in the Blue Note catalogue, but is also one of the only to have different addresses for Blue Note on the label. The split is said to have taken place as Blue Note ran out of labels, pressing one side with the standard 47 West 63rd NYC and the other with 47 West 63rd New York 23.

Interestingly, the copy of BN 1568 which sold this week does not carry the apocryphal New York 23 label, but still managed to demand more than twice the $4500 price the record previously sold for in 2007. Click here to explore the sale in more detail.

With Blue Note reissuing 100 classic albums on vinyl as part of their 75th anniversary celebrations we asked 16 artists to pick their favourite Blue Note records which you can read here.

10 incredible sound and music works at the Venice Biennale 2015

VF Podcast: The issue with reissues