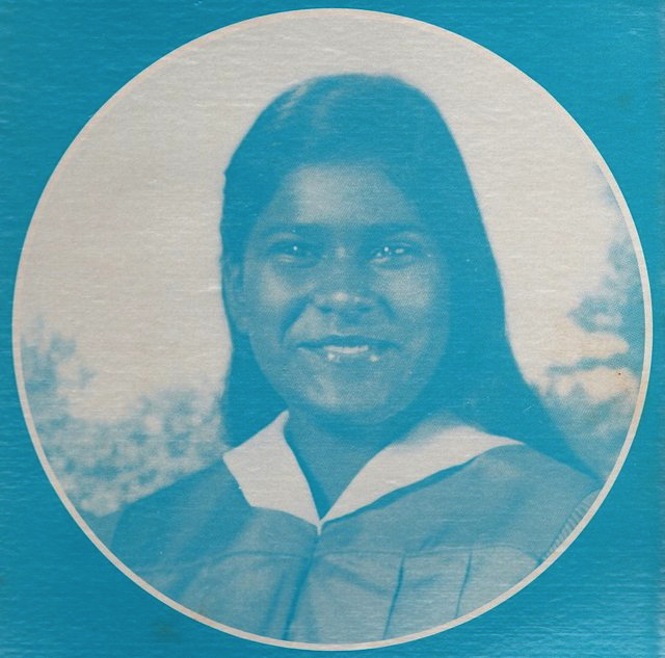 The go-to for high-end reissues from the Caribbean, Invisible City Editions have announced their official reissue of Lata Ramasar’s ‘The Greatest Name That Lives’. A proto-electronic masterpiece that’s been a feature of Four Tet and Caribou’s more eclectic sets for some time, Invisible City have been pressed into announcing their reissue after discovering an unofficial version has been in the works.

Dear IC Crew. It’s come to our attention that bootleggers are going to repress Lata Ramasar’s – Greatest Name That Lives on 12″. In lieu of this, we are happy to announce an official reissue via the Ramasar family. The infamous remix by Alessandro Adriani will be out as well. Fuck you bootleggers.

A Hindustani singer and songwriter from Trinidad and Tobago, very little is known about Lata Ramasar other than the original was originally released as a 45 in the late ’70s or early ’80s and is now coveted to the tune of £400 on Discogs. It’s believed to be one of forty records that her father Kissoon recorded in the family’s living room.

While there’s little further information about the release at present Invisible City did confirm it will be backed with Alessandro Adriani’s cosmic rework.

Vinyl Fantasy: How limited edition records are taking video game soundtracks to the next level