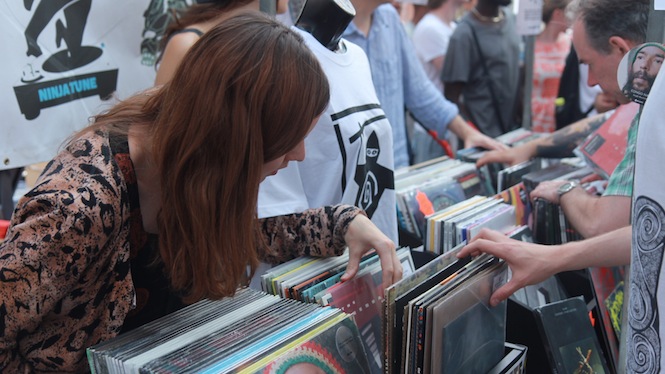 Hot on the heels of the even hotter Independent Label Market in London last Saturday, Billboard have released their SoundScan figures from the first six months of the year, with independent label sales reaching a record high of 34.4%. Growing from 2012’s 32.9% share, the increase sees the independent sector out-sell each individual major label (Warner, Sony, Universal) based on who holds the rights to the tracks. [via Spin]

As we reported last week, with independents now commanding a proportional majority, Universal have turned to indie-inspired crowd-funding to repress out of print records on vinyl, while Saturday’s Independent Label Market is being hailed as the most successful of the events so far. Check out the best images here.