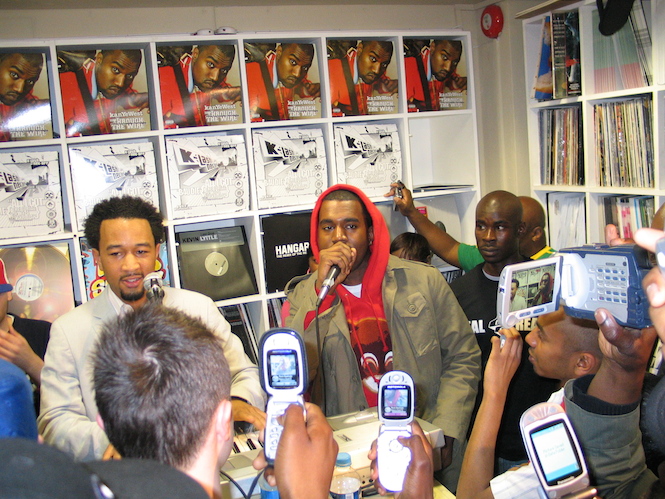 London’s influential hip-hop record store will be resurrected as a pop-up for Record Store Day 2015.

Located just off London’s Carnaby St, Deal Real was famous for its in-store events, which saw the likes of Amy Winehouse, GZA, Mos Def, Kanye West and John Legend [pictured above] pass through the shop, as well as open mic events held for up-coming talent.

By its closure in 2007, it had become London’s epicentre for hip-hop and urban youth-culture, responsible for showcasing, supporting and nurturing a wealth of burgeoning talent, many of whom went on to attain mainstream success.

The 2015 pop-up launches on Record Store Day Saturday 18 April 2015 at 14 Newburgh Street, close to the shop’s original location. The one-off shop will host workshops, in-store singings, performances and broadcasts of archive footage from past in-store events. Visitors are told to “expect definitive line-ups of some of the most established UK and international artists, alongside the freshest up and coming talent”, with details to follow on the Deal Real website.

The Record Sweep: Watch Eats Everything try and spend £100 on vinyl in just 10 minutes