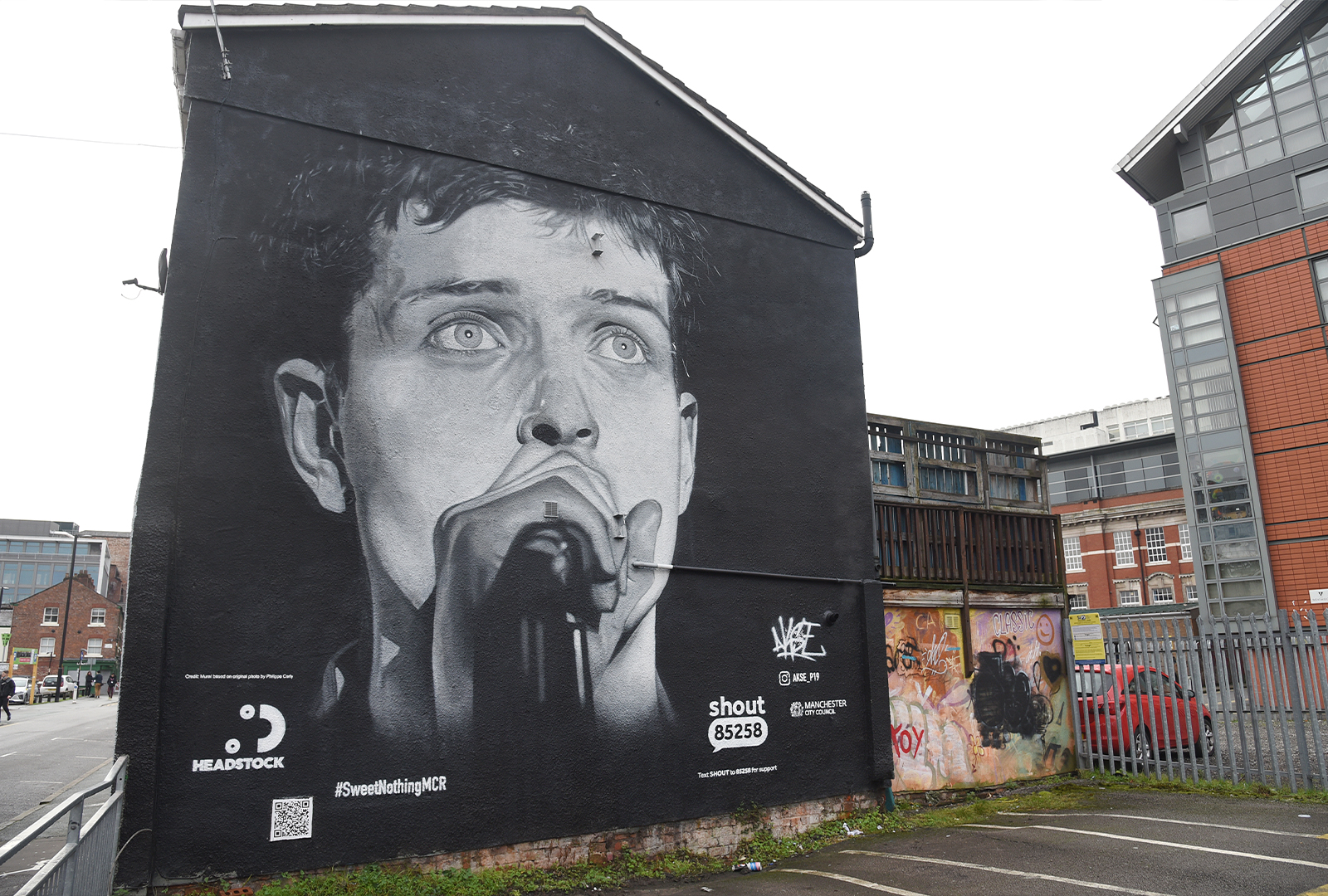 The advert is for rapper Aitch’s new album. He said he’s “getting this fixed pronto.”

A mural painted in tribute to Joy Division’s Ian Curtis in Manchester’s Northern Quarter has been defaced by an advert for Aitch’s new album.

The mural was originally painted in 2020 by graffiti artist Akse P19, in collaboration with Headstock Festival to raise awareness for mental health issues and support Shout 85258 – a free text service for people struggling with their mental health.

While the mural had support from Manchester City Council, an advert for Aitch’s forthcoming album, Close To Home, was painted over the tribute yesterday (16th August).

Once the news broke, Aitch took to Twitter to clarify that “this is the first time I’ve heard of this, me and my team are getting this fixed pronto. No way on earth would I want to disrespect a local hero like Ian.”

It’s come to light that the iconic Ian Curtis mural on Port Street has been painted over with my album artwork. This is the first time I’ve heard of this, me and my team are getting this fixed pronto. No way on earth would I want to disrespect a local hero like Ian.

He further clarified that he doesn’t “just choose locations for billboards, this is the first time I’ve seen it myself”, and that he’s “getting [it] fixed as we speak.”

By this morning, the advert had been removed, leaving a blank black wall where the mural (and advert) once appeared.