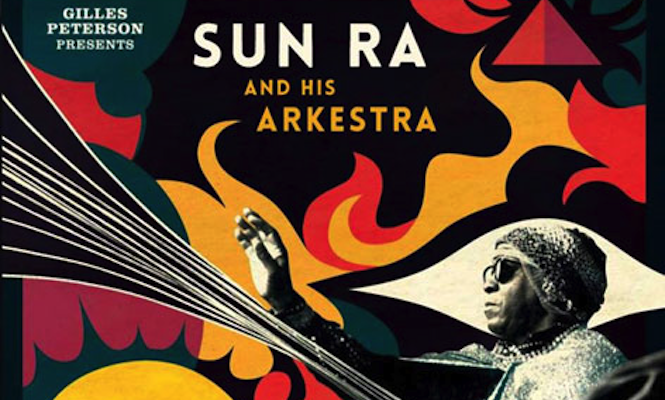 “Sun Ra was the man, the ultimate artist for any vinyl collector.”

Veteran DJ and jazz head Gilles Peterson has selected thirty-four tracks for a new compilation of Sun Ra rarities due on Strut Records. Spread across double CD and double vinyl, Sun Ra and his Arkestra “To Those Of Earth… And Other Worlds” will feature classics like ‘Love In Outer Space’ and ‘We Travel the Spaceways’ alongside lesser known cuts from Peterson’s collection, notably a 45 of ‘Dreaming’ given to him by the late John peel.

The collection follows last year’s Marshall Allen-curated In The Orbit of Ra and will include sleeve notes by Gilles Peterson and a full Sun Ra biography by author Robert L. Campbell as well as previously unseen photos.

Speaking about his well-known admiration for Sun Ra, from both a musical and a collectors point of view, Peterson says: “ Sun Ra and the Arkestra were the original DIY group. What went on in 1970s punk with self-pressed records and hand-drawn artwork – Ra was doing that in the ‘50s and ‘60s. The music was phenomenal – Sun Ra was the man, the ultimate artist for any vinyl collector.”

Culled from Ra’s astonishing 125LP discography, the collection will be released on Strut Records on 30th October.

Last year, to mark what would have been his 100th birthday, we asked 13 artists to reflect on the legacy and influence of the great Sun Ra. Read it here.

Inside one of the world's last audio cassette factories