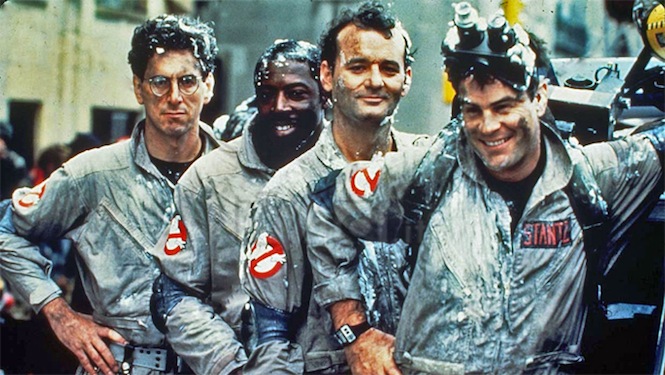 Along with recent news of a series reboot and a theatrical re-release of the original film, Ghostbusters fans will be happy to see a special collectible reissue of the classic Ghostbusters theme.

The new collectible edition follows the successful re-release of the film’s soundtrack on suitably glow-in-the-dark vinyl as part of this year’s Record Store Day festivities.

Legacy Recordings will reissue Ray Parker Jr.’s iconic Ghostbusters theme tune on a 12″ white vinyl packaged in a marshmallow-scented puffy gatefold jacket in reference to the film’s villain, the Stay Puft Marshmallow Man. The package will contain 3D lenticular images from the film as well as a 6″ figurine of the Marshmallow Man, whilst the inner jacket of the gatefold resembles the texture of a marshmallow.

The scented 12″ will also contain Run-DMC’s ‘Ghostbusters Rap’ from the film’s sequel.

The special edition of the Ghostbusters theme tune will be available via Legacy Recordings from 21 October. The package is limited to 3000 individually-numbered units.