Get rare and exclusive vinyl from Fela Kuti, Theo Parrish and Kelela at Independent Label Market this weekend 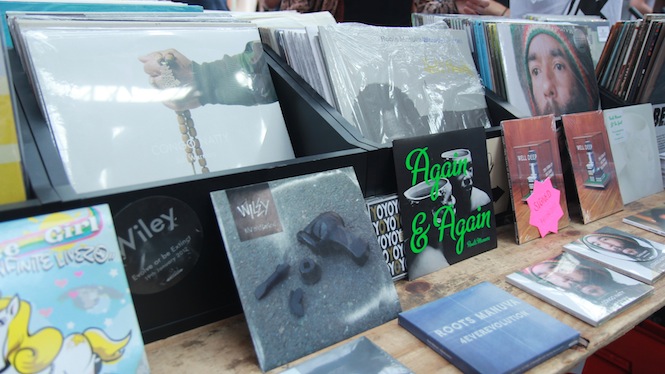 Fast becoming an institution on the record collector calendar, Independent Label Market will descend on London’s Old Spitalfields Market once more this weekend for an Easter edition featuring an extensive cast of the UK’s most esteemed independent record labels.

Alongside big-hitting regulars like Warp, Brownswood, PAN, Fabric, Erased Tapes, Domino and !K7, this instalment will welcome Mr Bongo, Night Slugs and Four Tet’s Text records for the first time, with the latter expected to be manning his stall in person all day with help from his mum*.

As ever, the market will also boast a collection of exclusive releases to rival Record Store Day which will only be available in person at the market. With so many on offer we’ve picked out a few highlights to keep an eye on:

– Soundway Records: The first ever known and previously un-released recordings of afrobeat legend Fela Kuti on Soundway’s new comp Highlife On The Move.

– Fade to Mind: Pre-release copies of the Kelela Cut 4 Me 3LP (not in shops until 6th April)

– Far Out: 10 signed copies of Azymuth’s debut album reissued in a gatefold sleeve and Theo Parrish/ Daz I Kue remixes of Marcos Valle ‘1985’/’Prefixo’, not released until 6th April.

With local Dutch courage provided by the ever dependable London Brewers’ Market, Independent Label Market will open for business at 11am on Saturday 28th April at Old Spitalfields Market.

Check in on the event here for more information.

*According to Eglo records…