Elvis Presley’s complete Sun Records 45s could be yours for $32,500 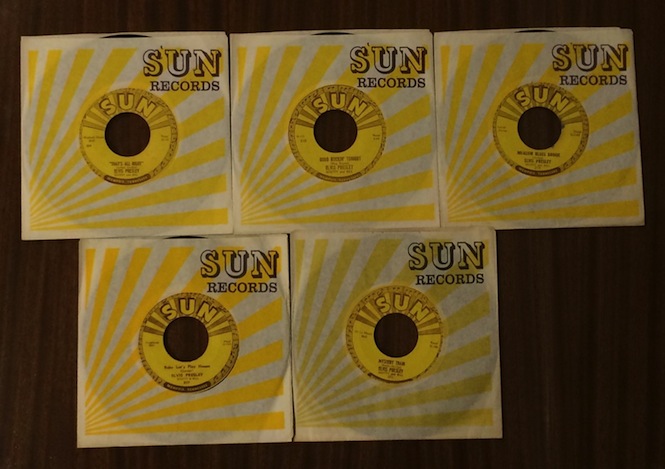 The King’s five original Sun Records 7″s are up for sale on eBay in unrivalled condition.

Last month Jack White revealed himself as the mystery buyer of Elvis Presley’s first ever recordings and unveiled plans to reissue it for Record Store Day this year. The 1953 acetate cost him $300,000.

Equally unprecedented, if not quite so expensive, is the haul of five singles Elvis Presley cut for Sun Records between 1954 and 1955, which have been listed as one complete ‘near mint’ set on eBay for $32,500.

Listed by a certain John Tefteller, the collector who spent over $37,000 on a super rare 78 he already owned, the set is described as “world class records for a world class record collection” and has been priced accordingly, with a similar set sold by Tefteller for £35,000 a few years ago.

You can read the full description about just how special these records are and follow the auction on the eBay page here.