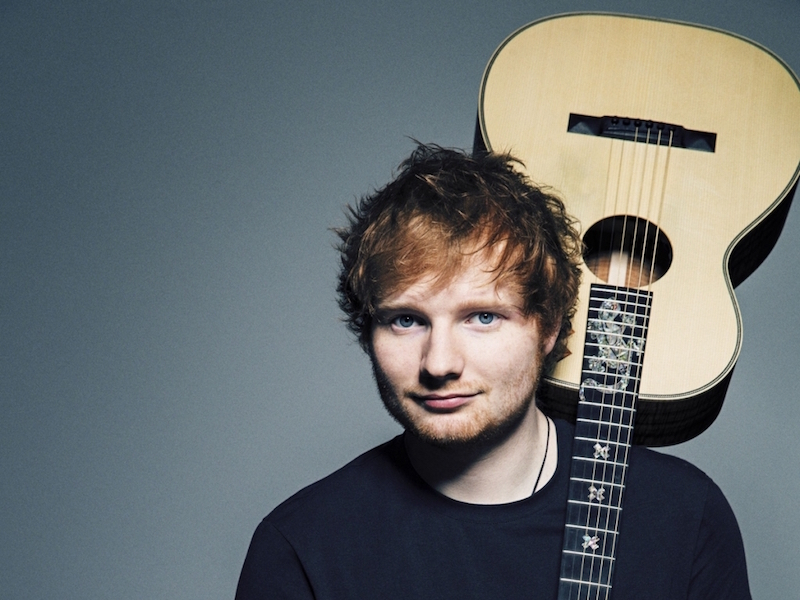 An estimated 13,500 albums sold on vinyl in the first week.

Ed Sheeran inexplicably entered the world of vinyl this week, as his new album ÷ became the fastest selling album on the format for twenty years.

According to data shared by the Official Charts Company, Sheeran shifted 419,000 physical copies in the first week, 13,500 of which were vinyl.

In doing so, the record overtook first week sales figures from the likes of David Bowie (who sold more than any other artist in the 12 months to April 2016) and vinyl chart regulars Radiohead, Arctic Monkeys and Noel Gallagher.

Downloads included, the album sold 672,000 times in total this week, making ÷ the fastest selling record by a male artist of all time. It has has sold more than the rest of the Official Albums Chart Top 500 combined, and, like for like, four times more than Bowie’s Blackstar, which was the fastest-selling album of 2016 with 146,000 sold in the first week.

While you let that sink in, here’s a picture of Ed picking up his own copy in HMV.

Album day! @edsheeran just stopped by @hmv363OxStreet to purchase his copies of ➗! Pick up yours today on CD or vinyl! #DIVIDE pic.twitter.com/xHMGD0mIhc