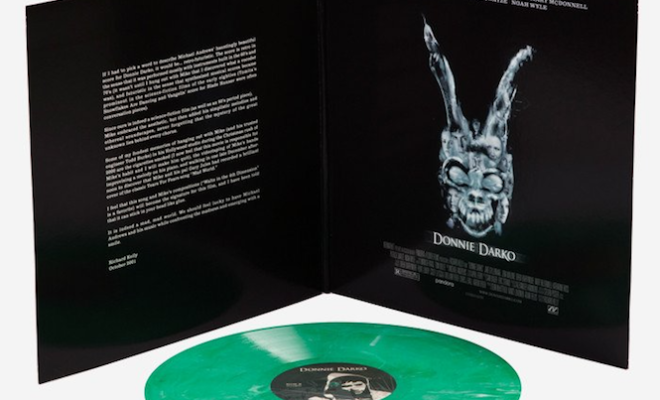 Michael Andrews’ score to 2001 cult classic Donnie Darko is to get a limited repress on green marble vinyl.

Reissued in 2012 by Death Waltz, the soundtrack continues to be one of the most iconic, with Andrews playing practically every instrument on the recording, from piano, organ and mellotron, to mini marimba, xylophone and ukulele.

Limited to just 300 copies, the new edition is available to pre-order now from Newbury Comics ahead of its release on 14th October.

You can now create your own Joy Division Unknown Pleasures cover

How Miles Davis pioneered studio editing with On The Corner