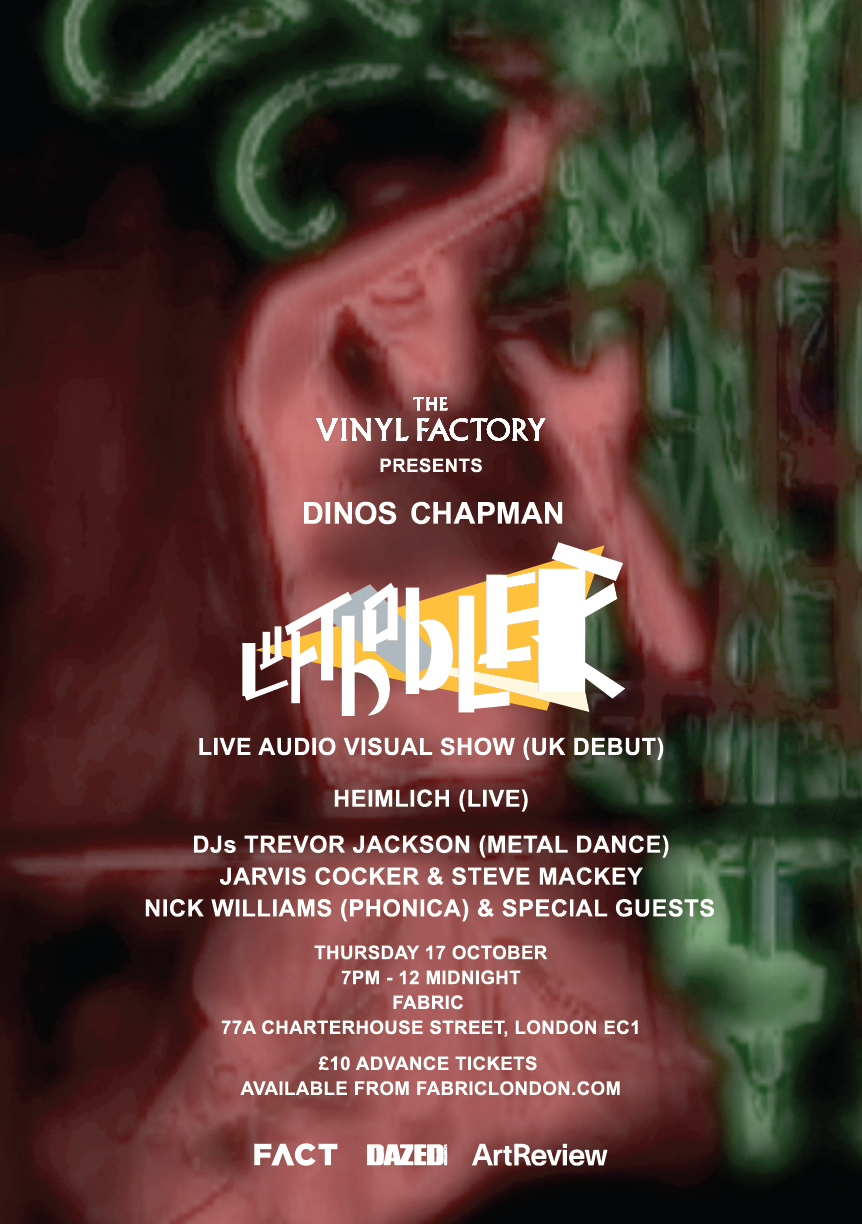 The Chapman Brothers set to showcase their respective live music shows at Fabric during Frieze week.

As we’ve previously announced, following the premier at this year’s Sonar Festival, Dinos Chapman will bring his audio-visual Luftbobler spectacle to London’s Fabric on 17th October.

Featuring a triptych of screens showing a series of original short films made by Chapman, many created especially for this performance, set to a searing electronic soundtrack, composed and played live by the artist, the UK premier of this audio-visual show promises horror, black humour and abstraction, delivered to enthralling, hypnotic effect.

The event is also set to feature a live set from the other Chapman brother, Jake, with his band Heimlich, as well as DJ sets from Jarvis Cocker & Steve Mackey of Pulp, Trevor Jackson (who follows Actress in remixing Luftbobler’s title track for a forthcoming 12″), Phonica Records and more.

Chapman will then take the Luftbobler show to Bring To Light in Birmingham on 25 October, Club To Club in Turin on 7 November and Nemo in Paris on 16 November, before performing at one of the last ATP holiday camps in Camber Sands between 22 and 24 November.

Released earlier this year by The Vinyl Factory, Luftbobler is the debut album from British artist, producer and Chapman Brother and has drawn comparison to Aphex Twin, Throbbing Gristle and Autechre.

You can order a limited number of £10 advance tickets here, and stream Chapman performing the show at Sonar below.

From the vaults: The 20 best reggae 7"s ever made