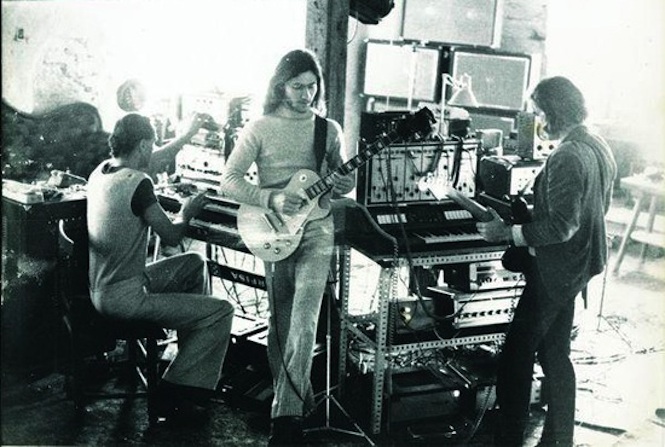 A founding member of Cluster and Harmonia, Krautrock legend Dieter Moebius passed away earlier this week.

The legacy of Dieter Moebius will be celebrated with a new box set reissue charting the complete works of his Krautrock super-group Harmonia. Founded with Neu!’s Michael Rother and Hans-Joachim Roedelius, with whom he worked with as equally trailblazing outfit Cluster, the complete works of Harmonia are set to be collected on vinyl for the first time.

The set will included the band’s two studio albums Musik Von Harmonia (1974) and Deluxe (1975), both originally released on seminal Krautrock label Brain, live LP Live 1974, the band’s latter day collaboration with Brain Eno Track and Traces, and the previously unreleased Documents featuring recordings from gigs in Hamburg and a brace of tracks recorded at the band’s Forst base.

The Complete Works set will be released by Grönland records, who, having worked with Moebius in the past, issued this statement to accompany the release: “On Monday, July 20th, we received the tragic news that Dieter Moebius had passed away. We at Grönland have had the pleasure to have worked very closely with Dieter in recent years and we will miss him dearly. We knew about his illness and despite this, he continued working closely on the box set with us. He and Grönland always wanted the box to be a statement of this incredible music and of life itself.”

Featuring a 36-page booklet, a live poster, pop-up artwork and a download code for all the music, the 5xLP Harmonia: Complete Works box set will be released on October 23rd. [via FACT/RA]

"This is the jackpot": London vinyl dealer opens up about 24,000-record find