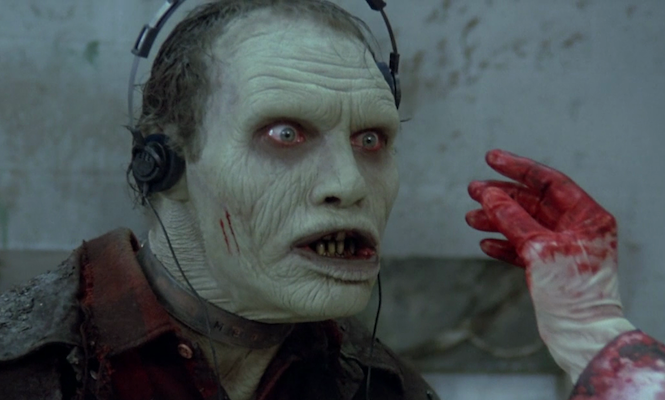 Dug up by Waxwork records, John Harrison’s highly collectible score to the third of George A. Romero’s Dead series (following, somewhat predictably, Night of the Living Dead and Dawn of the Dead), will squirm at the light of day for the first time on vinyl since it was released in 1985.

Only their second project following their reissue of Re-Animator, Waxwork are jostling for room in the groaning horror soundtracks market with Death Waltz Recordings, whose recent slew of reissues have set the industry alight. [via Modern Vinyl / FACT]

Standing up to the test of being shorn of its visuals, John Harrison’s score creates an ominous and brooding soundscape that has been overlooked for too long. Refresh your memory below:

From Abbey Road studios to the Venice Biennale: Jeremy Deller tells the story of "English Magic"