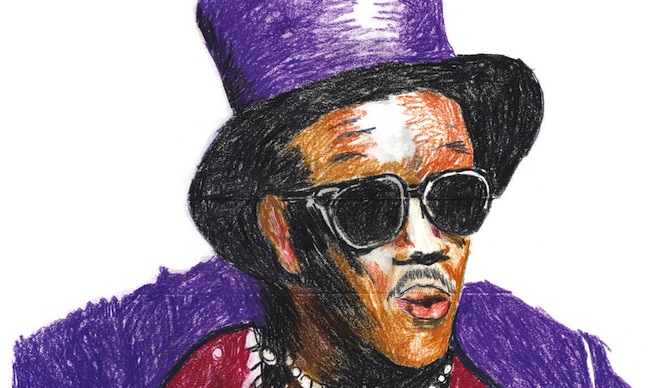 Byrne and Jamie Lidell remix Bernie Worrell’s ‘How Does the Brain Wave?’ to raise money for Worrell’s cancer treatment.

With all proceeds of the download going towards Worrell’s medical bills, Byrne and Lidell will also auction 5 copies of ‘How Does the Brain Wave?’, which has been cut to just five 12″ dubplates.

Signed and numbered, each of the five dubplates comes with artwork designed by David Byrne, and forms part of a further auction of the artwork and autographed instruments.

Having joined Talking Heads in the 1980s, performing on Speaking In Tongues and heading out on tour with the band (he appeared in their must-see concert film Stop Making Sense), Worrell was a signifiacnt influence on Byrne, who payed tribute to the keyboardist on his website:

“Bernie is classically trained (as well as having perfect pitch I’ve heard him improvise with the sounds of traffic), so he brought those skills to the Afro-Futurism of the P Funk universe… a bit of keyboard cosmos into the funk chants and beats of that world that made it what it was.

“I learned a lot from that music, and of course from the time spent travelling and playing with Bernie—wordplay, musical attitude and lot more. He informed the musician and composer I was to become.”

Bidding for the 12″ dubplates starts at $1,500 and will close on Tuesday 19th April. Getting bidding here or you can also donate directly to the Bernie Worrell Fund here. [via FACT]

Look out for more on the music of Bernie Worrell in our forthcoming P-Funk feature.

Listen to two hours of the best new music on vinyl