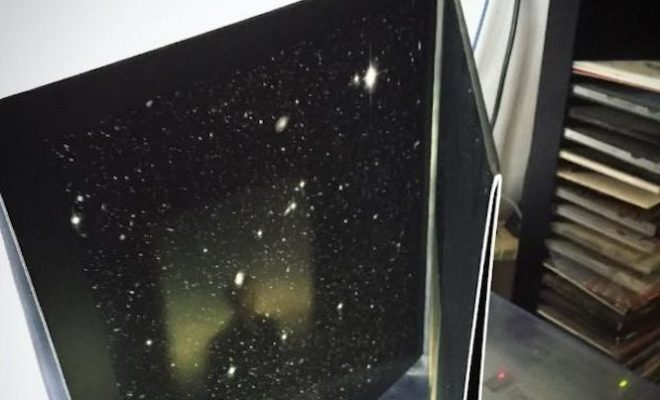 This weekend, Blackstar artwork designer Jonathan Barnbrook tantalised David Bowie fans by revealing that the vinyl release is embedded with surprises that are yet to be uncovered.

The comment, made in a Radio 6 Music interview, was in response to the finding earlier in the year that the Blackstar gatefold displays a star field image when exposed to sunlight. “Actually, there’s one big thing which people haven’t discovered yet on the album,” he said. “Let’s just say, if people find it, they find it, and if they don’t, they don’t. And remember what Bowie said about not explaining everything.” Naturally, fans have since being losing sleep over uncovering further secrets in the artwork.

Earlier this week, one fan, Matt Robson, found that when exposed under a backlight the album cover design glows a fluorescent blue. 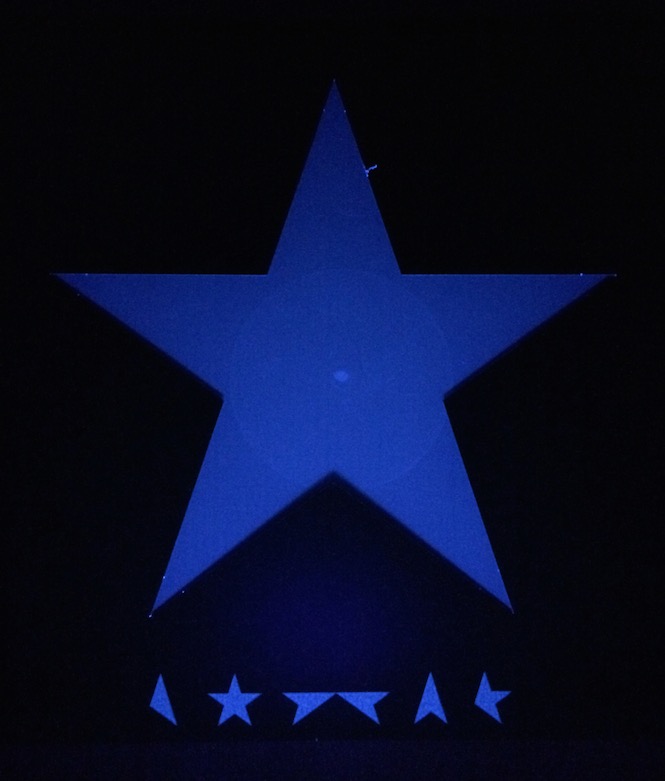 Now, it’s been revealed that the LP casts a reflection revealing an image when angled onto walls or ceilings. “Reflecting light off one side of the vinyl at certain angle creates what looks like a star,” one SPIN reader told the magazine. Another reader suggests that “when you reflect light off of side one you get a bird in flight. Side two, a space ship.”

Another discovery is that the run times on the back cover is written in the font Terminal, which appears in a design suite called ‘Lazarus’ – the name of a Blackstar track and a musical that Bowie composed before his death. This is thought to be a subtle reference to the terminal liver cancer that Bowie was diagnosed with.

Another fan claims that the inside gatefold art of the album, which shows a star field on one side and a portrait of Bowie on the other, can be arranged so that Bowie’s image is reflected on the opposite cover. As SPIN points out, this could be accidental though “it’s a nice thought to imagine the Starman among the stars.”

The hunt for secrets began earlier in the year when it was discovered that the Blackstar gatefold displays an image of star field when exposed to sunlight.

Coldcut and On-U Sound team up for limited 7" release