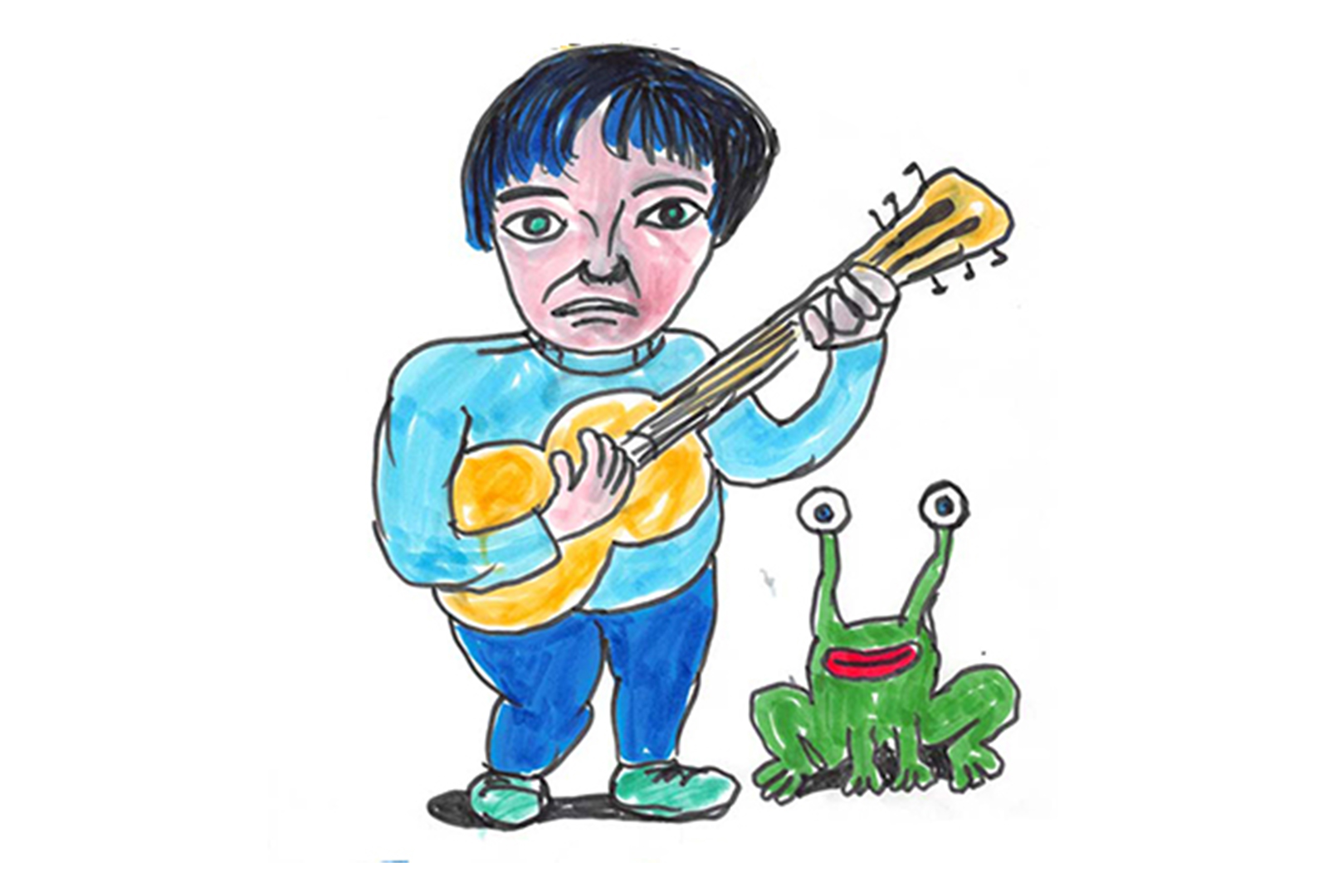 Bringing together over thirty of his drawings.

Daniel Johnston’s artwork is the subject of a new exhibition, called Daniel Johnston: Psychedelic Drawings, at NYC’s Electric Lady Studios, as part of the Outsider Art Fair this January.

As the exhibit’s curator Gary Panter explains: “in Johnston’s vocabulary, Satan and Captain America are not jokes; they embody internal virtues, aspirations, fears, and resistance that he himself lived out.”

Daniel Johnston: Psychedelic Drawings features over thirty of Johnston’s artworks, marking it as the largest exhibit of his work.

The exhibition will run online and in-person as part of the 29th edition of the Outsider Art Fair, in New York, from 28th January through to 7th February.