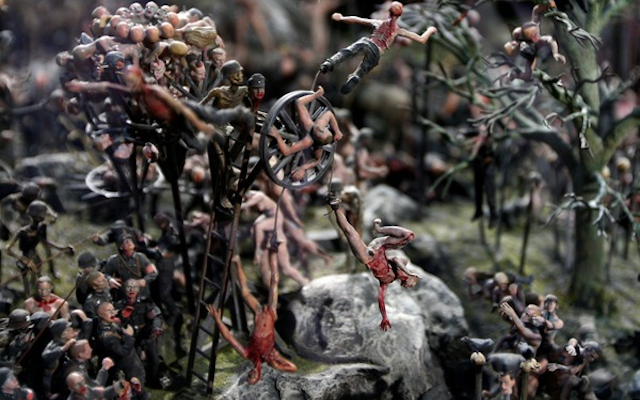 Jake and Dinos Chapman put a match to 100 copies of their new book “The End Of Fun”.

Puppet masters of the miniaturised atrocity, Jake and Dinos Chapman’s latest reincarnation of their infamous 1999 work Hell revisits the Jeremiah that engulfed the original piece in the Momart fire of 2004.

Reimagined in nine vitrines, The End Of Fun graphically portrays the atrocities of its Nazi protagonist waging an infernal and apocalyptic war across concentration camps, erupting volcanos and ruined churches. Looming over one vitrine, Ronald McDonald hangs nailed and grinning from a crucifix.

Singed with their very own sense of black humour that harks back to the unfortunate incineration of the original work, The End Of Fun publication follows 2008’s Fucking Hell by collecting macro images of the miniaturised destruction. Co-published by The White Cube and limited to a run of 1,200, one hundred copies have been hand-burnt before being singed and numbered by Jake and Dinos themselves, making each copy absolutely unique. [via New Art Editions]

Dinos Chapman released his debut LP Luftbobler with The Vinyl Factory earlier this year. CLick here to find out more. 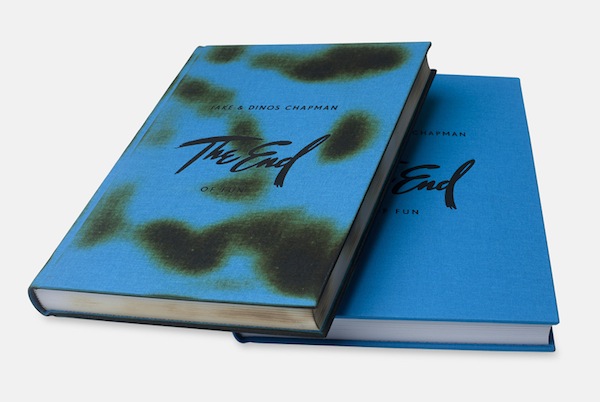