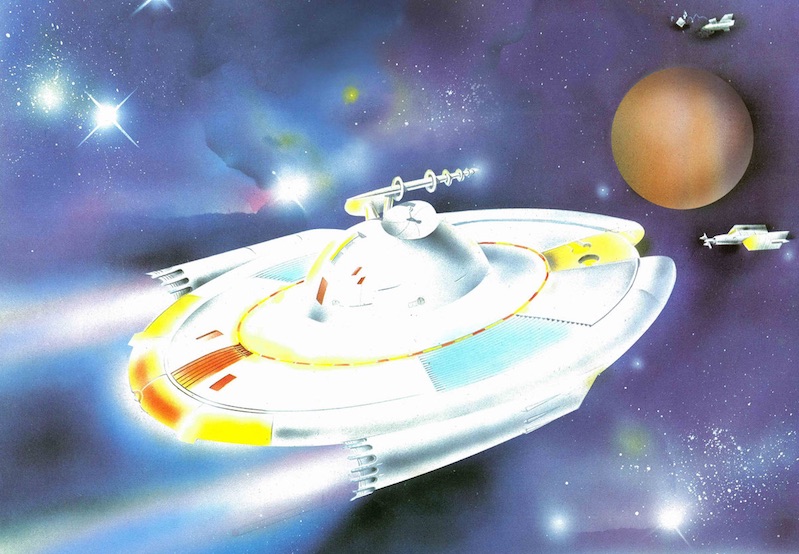 You had us at “sci-fi disco/proto-techno/ambient masterpiece.”

Two ground-breaking, out-of-this-world albums by Swiss jazz musician and electronic composer Bruno Spoerri are set to be reissued on vinyl by WRWTFWW.

The latest offering from the label that brought you Midori Takada’s Through The Looking Glass earlier this year (one of our top reissues of 2017 so far), Spoerri’s “electronic/sci-fi disco/proto-techno/ambient masterpiece” Voice of Taurus and similarly cult sci-fi synth odyssey The Sound Of The UFOs with Reto Weber are both set for their first ever vinyl reissues, both originally released in 1978.

Inspired by Wendy Carlos, Pierre Schaeffer, and Close Encounter of the Third Kind, Voice of Taurus is a a must for soundtrack, ambient techno and weird disco fans, an aural oddity that spans time and space with the ambition and skill you’d expect from tracks with names like ‘Galactic Acid’ and ‘Space Cantata’.

Accompanying it is Weber and Spoerri’s The Sound Of The UFOs, which hear’s the duo improvising with a vast array of classic and customized synths and percussions from across the world.

Both albums are released on vinyl on 25th August and are available for pre-order from the WRWTFWW website.