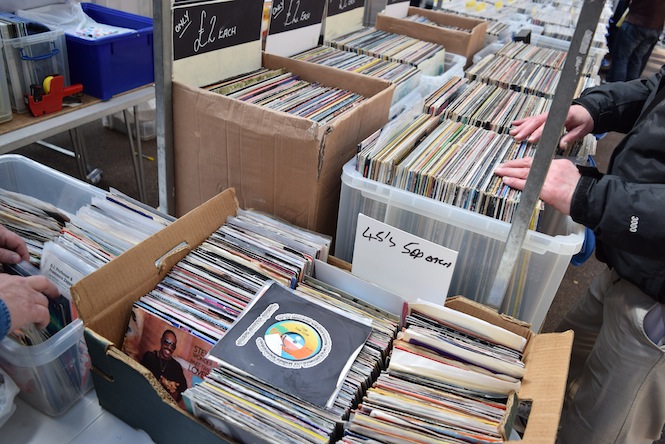 Over 50 labels descend on Brooklyn to sell their vinyl wares.

The spring edition of Brooklyn Flea Record Fair is returning to Williamsburg next month, with over 50 labels lined up to sell new and back catalogue releases.

As ever, the fair will host labels from both sides of the Atlantic, with 4AD, Mute, Matador, Warp, Young Turks XL, Rough Trade and Captured Tracks among the biggest hitters.

Now in its ninth year, the fair will also invite local record shops to set up stalls, with Academy Records and Other Music among others already lined up.

Co-hosted by RBMA, expect DJs all day and a beer garden overlooking the East River. Head down to Smorgasburg in Williamsburg on Saturday 14th May from 1pm to join in. [via Brooklyn Flea]

An introduction to the electric sound of Miles Davis