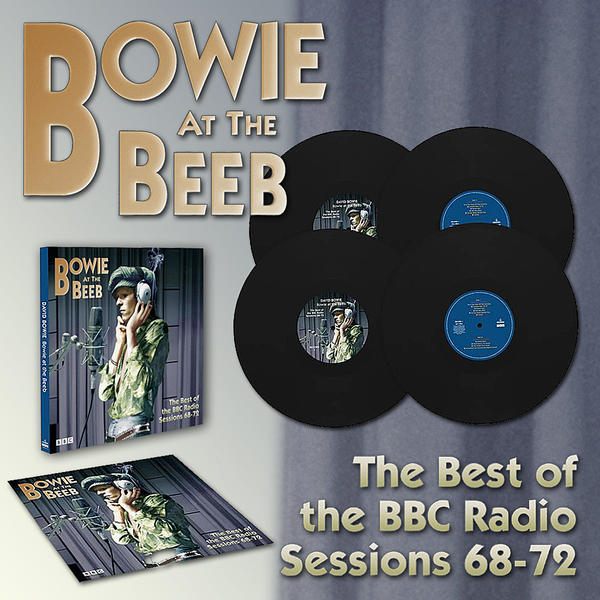 First mooted in 2000, Bowie At The Beeb is finally set for vinyl release, collecting sessions recorded by the thin white duke at Auntie’s house between 1968 and 1972.

Previously only released on CD back in 2000, the 39-track set is spread across four discs and housed in a lift off lid box and featuring a full colour 20 page booklet.

As ever, there are a few exclusives to look out for too, notably the previously lost ‘The Supermen’ from the Sounds Of The 70s Andy Ferris session, broadcast in March 1970, and performed by The Hype, which was only unearthed during the research for the original CD set, but didn’t make the cut first time around. There’s also a recording of ‘Oh! You Pretty Things’ from the Sounds Of The 70s Bob Harris session, which was previously exclusive to the Japanese release of the CD.

Dubbed a “strange, mad celebration”, Bowie At The Beeb is released on 26th February 2016. Shame they didn’t update the artwork though. Click here for a full tracklist.

It’s been a big few months for Bowie collectors with Blackstar due out on clear vinyl in a die-cut sleeve in early 2016 and thirteen classic albums getting the box set treatment earlier this year.

This album features 10,000 samples from hundreds of forgotten vinyl records