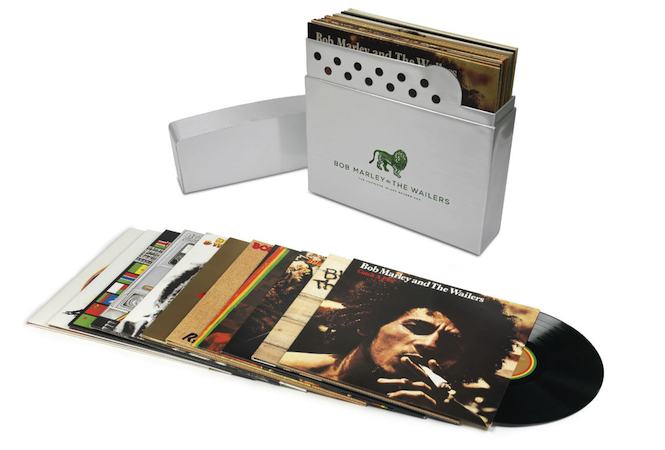 Bob Marley’s complete Island Records discography will be reissued on vinyl as part of an extensive new box set due on 25th September. The records that catapulted Marley to international stardom and single-handily brought reggae onto the world stage, the box set includes all nine of Bob Marley & The Wailers’ studio albums – Catch A Fire, Burnin’, Natty Dread, Rastaman Vibration, Exodus, Kaya, Survival, Uprising and Confrontation – as well as two live albums Bablyon By Bus and Live!.

Pressed onto 180gram vinyl, the standard box set is modelled on a Zippo lighter and will be accompanied by The Complete Island Recordings: Collector’s Edition version, housed in a numbered, velvet-lined metal box containing all 11 LPs and a 70th anniversary slip mat and two photos in glassine envelopes.

Both with be released on Island Records on 25th September. Pre-order the box set here.

Earlier this year, we asked 14 musicians, artists and collectors to pick their favourite Bob Marley records. Read their recommendations here.