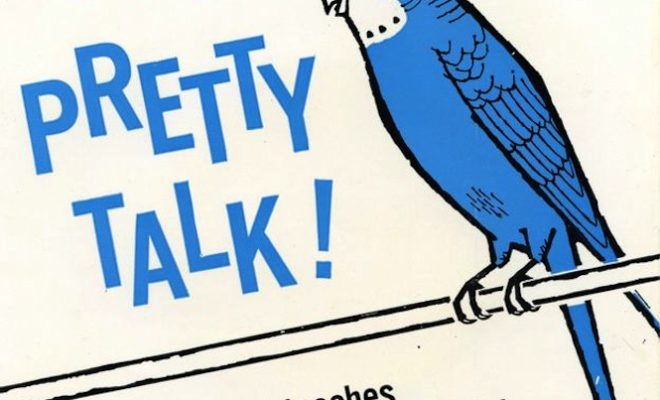 Listen to a new radio show on the bonkers world of “how to” records.

The year is 1967. For reasons unknown, you’re convinced it’s time your pet budgerigar learned how to be more eloquent, but you’re not sure how to go about teaching it. What do you do? Head to your local record shop, obviously.

There, you ask the record store guy for Pretty Talk!, a new flexi disc of avian elocution lessons by one Mrs. Williams. He looks back at you, shakes his head and sends you packing with a beat up copy of Del Close’s Do it Yourself Psychoanalysis Kit on 12″ instead.

While stranger things have happened in record shops, the story of Britain’s instructional LPs is about as quaint and off-beat as you could imagine. Explored in a new BBC radio documentary, these self-help artefacts provided private tuition to the nation behind closed doors.

Like DIY YouTube videos for the pre-internet age, instructional LPs would offer advice on everything from talking pets and language tuition, to personal fitness, bagpipe lessons and instant ventriloquism.

Popular in the ’50s and ’60s, the records are documents of an aspirational generation, when the power of the recorded word was harnessed for self-advancement like never before. Largely ignored by collectors – although we suspect a certain Mr. Trunk may have a few – they must be among the strangest, most sample-friendly spoken word records around.

Presented by Alan Dein and broadcast on BBC Radio 4 last weekend as part of the ‘How To Make An Archive’ programme, you can listen to the whole show here and read more about the bizarre world of instructional LPs here.

Flying Nun: The untold story of a trailblazing indie label