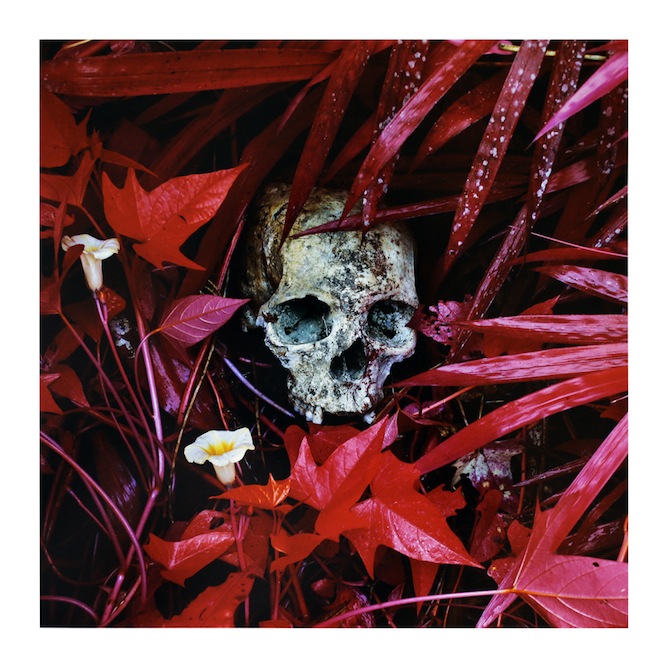 The Vinyl Factory is pleased to release a special limited vinyl edition of The Enclave, by Ben Frost and Richard Mosse.

This limited edition consists of two mesmerizing 15-minute compositions created by Frost especially for this format, based on his original multi-channel score and sound design for the audio visual installation, The Enclave (winner of the 2014 Deutsche Börse Prize).

During his collaboration with Richard Mosse, Frost travelled deep beyond the frontlines of war-torn Eastern Congo to produce this score. Mosse says: “My collaboration with Ben Frost has been a leap of faith, for both of us. We have worked our genres against the grain in an attempt to embrace the inadequacy of our tools, and ourselves essentially, to communicate eastern Congo’s humanitarian disaster. Through accepting that failure, and allowing our work to fall in on itself – to collapse, distort, and tear itself apart – we have at least been true to ourselves. Along with the cinematographer Trevor Tweeten, I feel the three of us have begun a journey which transcends our specific craftsmanship and is greater than the sum of its parts. This is the result of implicit trust, intuition, friendship, and love.”

* Outer and inner sleeve photography by Richard Mosse from The Enclave, printed by Trifolio Fine Art in Verona, Italy
* Two extended 15-minute compositions created by Ben Frost especially for this format, based on his original multi-channel score and sound design for The Enclave
* Pressed on 180-gram heavyweight black vinyl, mastered at Calyx, Berlin and pressed on the EMI 1400 at Hayes, Middlesex
* Limited edition of 100 copies worldwide, hand signed and numbered by Richard Mosse

This special vinyl edition is available exclusively from The Vinyl Factory.