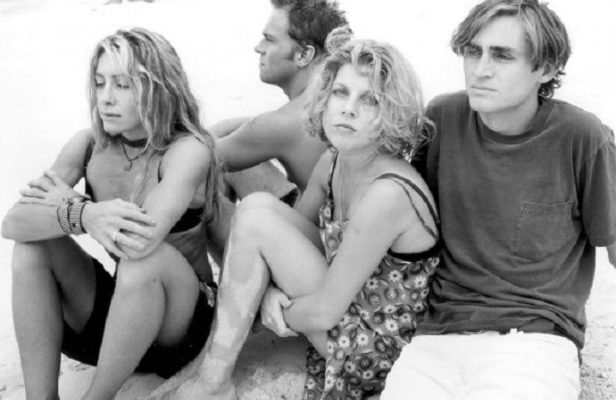 The band kick off their European tour in July.

Following the news that cult indie heroes Belly are getting back together, 4AD are now set to reissue the band’s landmark 1993 album Star on vinyl.

The updated version will take the form of a gatefold 2-LP on white marbled vinyl and comes with new artwork from Chris Gorman. Due for release on July 15, it will also include a bonus CD of the album.

An erstwhile member of Throwing Muses and Breeders, Tanya Donelly formed Belly in 1991 with brothers Tom and Chris Gorman on guitars and drums respectively, and Fred Abong on bass. Belly released two albums – 1993’s Star and 1995’s King – on 4AD before they disbanded in 1996.

Around the release of Star in 1993, Abong left the band and was replaced by L7 bassist Gail Greenwood.

The newly-reunited Boston four-piece will shortly play their first live performances and release their first new music in more than 20 years, with Greenwood returning for the reunion: “We’ve also got a handful of brand new Belly songs in various stages of writing and recording, that we’ll be releasing one by one over the next few months,” said the band back in February.