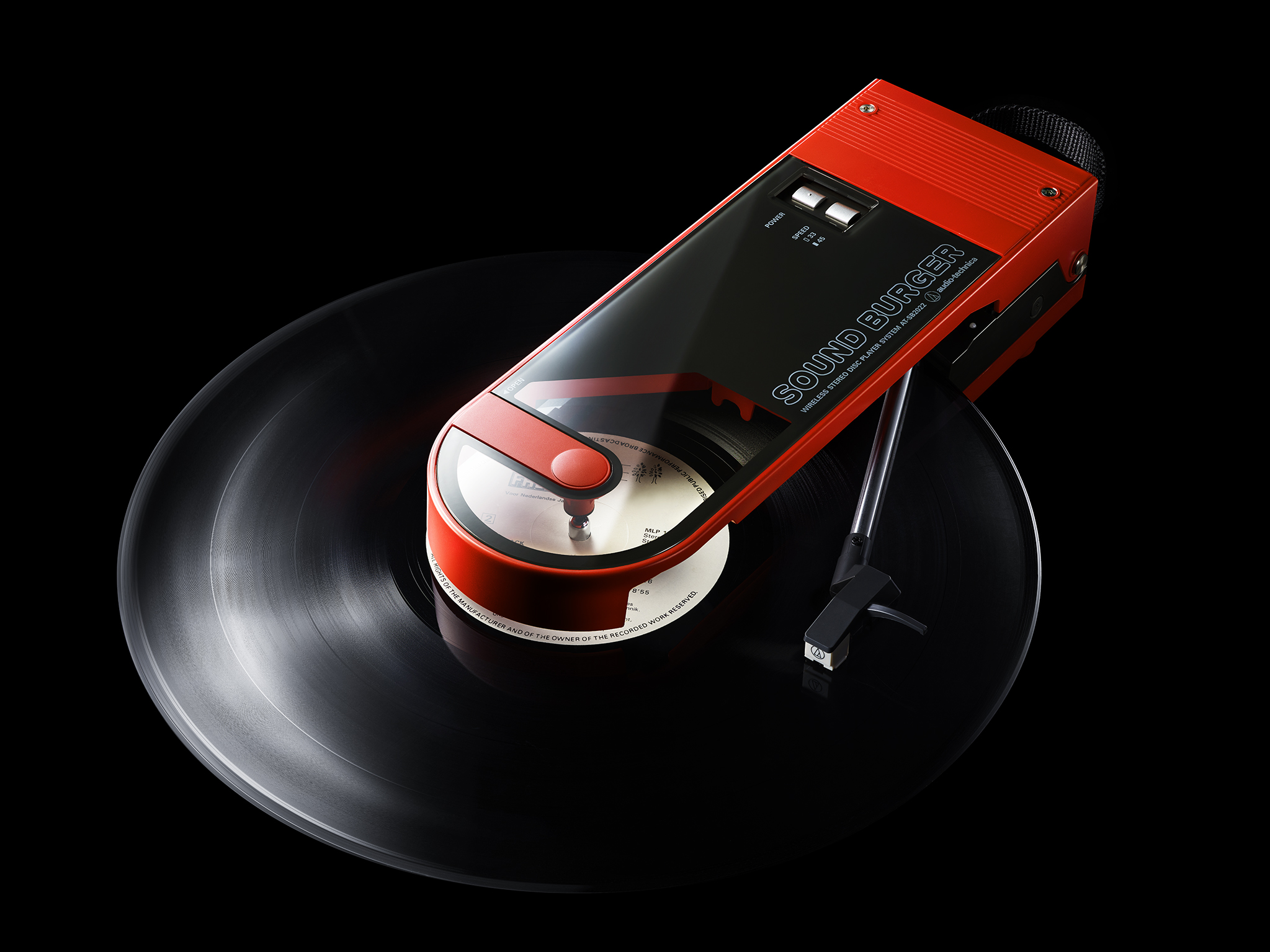 For luxurious home listeners and vinyl fans on the go.

As part of its 60th-anniversary celebrations, Audio-Technica has announced the reintroduction of the Sound Burger portable record player and has launched a new high-end turntable, the AT-LP2022.

Originally popular in the 1980s, the Sound Burger will allow you to play 33-1/3 and 45 RPM singles and LPs on the go, thanks to its dynamic balance system which uses a spring to apply pressure to the stylus.

Whilst its aesthetic stays loyal to the original Sound Burger, this updated version includes modern touches such as a USB-C charging port and Bluetooth connectivity.

Audio-Technica has also announced the launch of the AT-LP2022 turntable. Limited to only 3000 units worldwide, the AT-LP2022 features a high-density clear acrylic chassis and a Shibata stylus.

For the AT-LP2022’s launch, Audio-Technica president, Kazuo Matsushita explained: “It is an honour to provide a quality audio experience to millions of people throughout the
world. What begins as a simple vibration–a subtle movement–results in an emotional connection, whether that be when listening deeply to an album or sharing your voice with the world.”