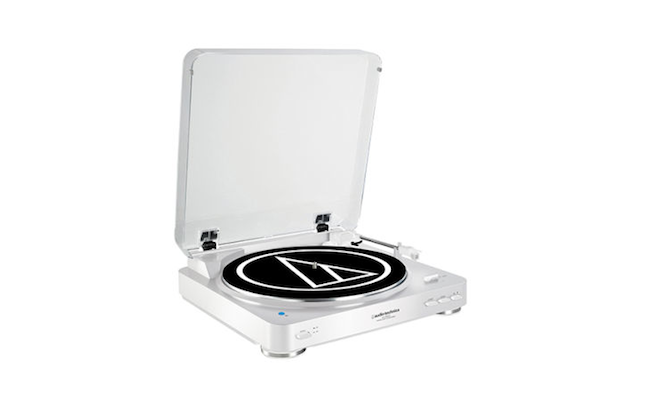 There’s another new turntable on the market, and this one’s wireless.

First we had the return of the Technics SL-1200. Then Sony announced a new deck that converts your vinyl to hi-res audio. Now Audio-Technica have chipped in with their own new turntable, the AT-LP60-BT.

An entry-level deck, it can play your records through via Bluetooth speakers, allowing you, theoretically at least, to broadcast your vinyl around the house. Not one for the purists, it joins the likes of ION’s Air LP deck in attempting to marry the worlds of wireless and analogue audio.

With their direct drive LP120 USB C deck making our pick of the 8 best budget turntables, you can probably bet you’ll be in safe hands with Audio-Technica, although priced at just $180, expectations should be adjusted accordingly. [via Gizmodo]