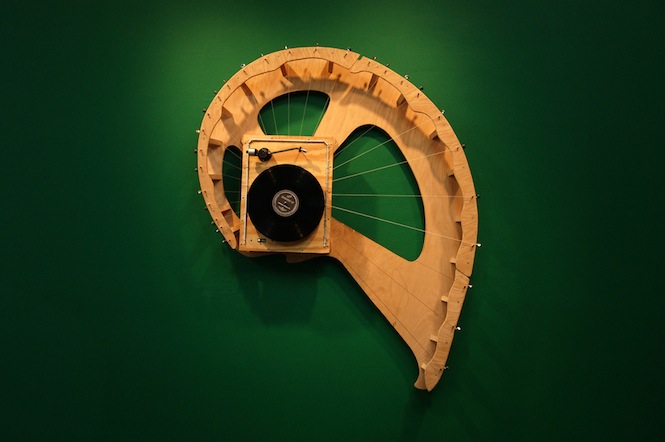 Californian musician Walter Kitundu has made a series of Phonoharps from recycled turntables.

From automatic drawing machines to underwater disco bubblers, record players have an almost limitless ability to reinvent themselves. The latest turntable tinkerer to come to our attention is musician and instrument builder Walter Kitundu, who repurposes second hand decks to create stringed instruments.

Dubbed ‘Phonoharps’, Kitundu came to the designs through a process of experimentation that began with a desire to get more sound from his turntables. A turntablist drawn to the 90’s hip hop scene, Kitundu would hit his turntables with drum sticks to create percussive effects, before evolving the idea into a series of Stylophones that would eventually form the basis for the family of Phonoharps.

Describing the process to Noisey, Kitundu says: “When you pluck the strings the vibration is passed through the record and picked up by the needle. Instead of the vibrations being released by the record’s rotation, the vinyl is used as a direct physical medium through which the sound travels…The strings can be plucked, muted, fretted, bowed, struck… and the case itself acts as a percussive instrument, along with the turntable which can be played as a drum in addition to playing records. I use a loop station to build compositions in the moment, responding to each layer as if I was another member of the band.”

On top of the Phonoharps, Kitundu has also created a stylus glove, that in theory at least, allows you to play four tracks on one record simultaneously. Check out the photos below and you can read the full interview over at Noisey here. 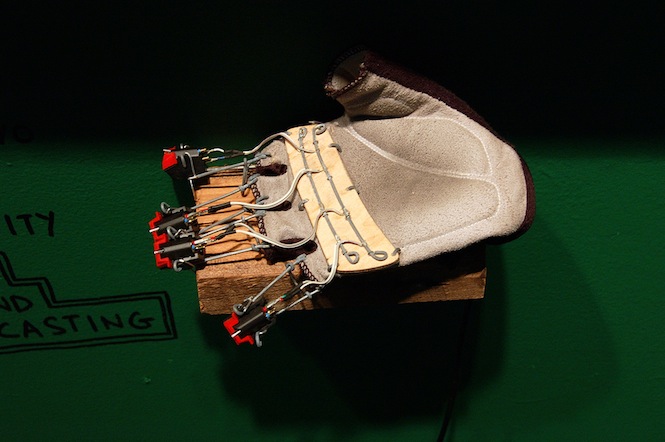 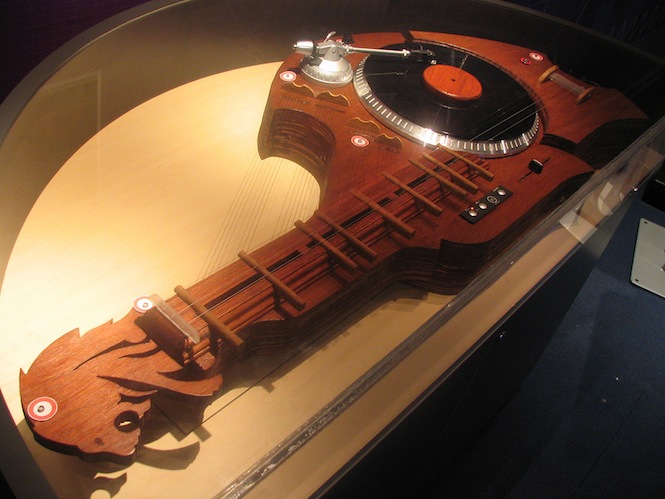 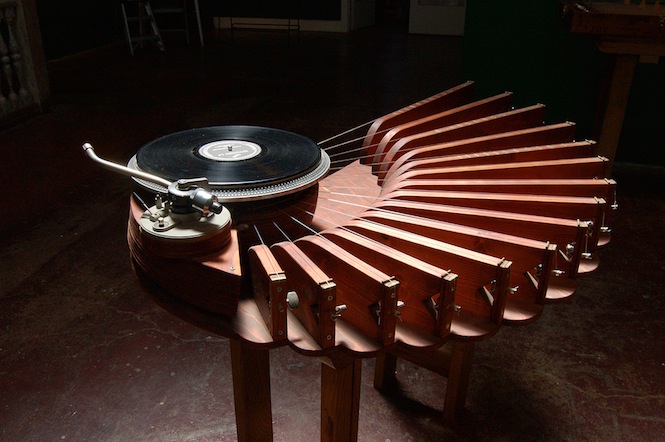