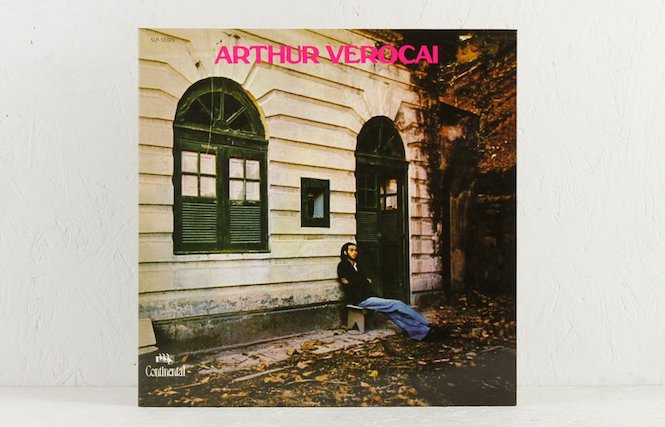 Madlib: “I could listen to the album everyday for the rest of my life.”

Mr. Bongo has released its definitive reissue of Arthur Verocai’s self-titled debut album. Mastered in 2012 from the original Continental master tapes and supervised by Arthur himself, the reissue arrives in the original replica gatefold artwork.

Released in 1972 in the context of repressive Brazilian military dictatorship, the 29-minute masterpiece joins the dots between Bossa nova, samba, jazz, MPB, psychedelics and funk. The LP has been sampled by the likes of MF Doom, Ludacris & Common, Little Brother, Jneiro Jarel aka Dr Who Dat?, Dibiase and Action Bronson, amongst others.

Original pressings are a thing of lore on the secondary market (selling for upwards of £2,000). “For a very long time, we have been trying to re-issue this record; a true and complete album masterpiece in every sense of the word, considered by many people to be one of the greatest ever made, regardless of genre,” says the label.

Last month, Mr. Bongo celebrated the Brazilian legend with a “global record collection” pop-up in association with Rappcats. The Vinyl Factory also hosted Mr Bongo on the Klipschorn sound system at Brilliant Corners in London as part of our on-going VF Sessions series.

Hear the album in full below and order a copy via Mr Bongo.