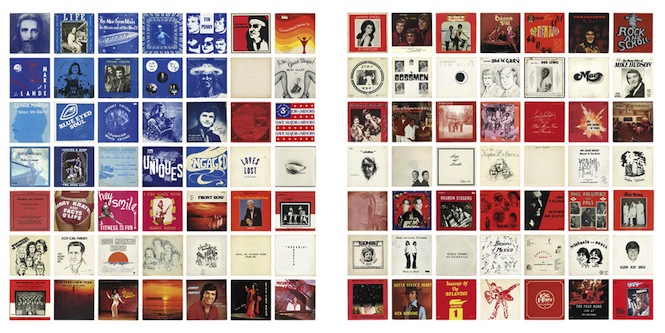 The man behind Enjoy The Experience: Homemade Records 1958-1992 speaks to the BBC.

“You start noticing when you travel this country and you spend a lot of time in New York City that pretty much everybody is weird and the weirdness that results in everyday life making its own music or producing its own records is delightfully weird.” Johan Kugelberg is the ultimate champion of America’s private pressers.

In this short interview with the BBC, Kugelberg gives an insight into the motivations of those musicians more willing than able, who took advantage of the boom in record manufacturing to create their own albums. Describing Enjoy The Experience as a “book about American vernacular”, Kugelberg goes on to say that it documents “self-expression that is unfiltered and actually becomes folklore”.

For more eccentric stories from the hinterland of the American recording industry, read our interview with Eric Isaacson of Mississippi Records in which he discusses the life and work of 30-year old centurion and one-man band Abner Jay and explains how the label manages to survive without being on the internet.

Kugelberg has been busy this summer too, assisting in the archiving of Afrika Bambaataa’s astonishing record collection in New York.