Amazon have announced that sales of vinyl records through the online megastore have risen by 100% in 2013 compared to last year’s figures. Accompanied by the news that Daft Punk’s Random Access Memories has become the biggest selling record since the site launched way back in 1999, the statistics point towards sustained growth in the industry following the success of this year’s Record Store Day.

While good news for the mainstream industry, it may seem like a case of history repeating itself for independent record stores, many of whom suffered as a result of Amazon’s monopoly of the CD market in the early 2000’s. With independent record stores now accounting for over 50% of all vinyl sales, there’s hope that Amazon’s statistics represent a broader trend that will be felt on the shop floor too.

Amazon UK have also released their list of the top 20 vinyl sales since 1999, which, as you can see below, hasn’t thrown up too many surprises:

Speaking about the statistics, Vice-President of European Consumer Business at Amazon Xavier Garambois says “Vinyl has traditionally been the music enthusiast’s format of choice. It’s great to see so many people rediscovering a format that holds such an important place in music history. We expect to see sales of vinyl continue to flourish with Amazon AutoRip, helping introduce new generations to this timeless format whilst giving our customers the convenience and portability of digital music.” [via The Next Web]

To disseminate the info yourself, check out Amazon.co.uk’s vinyl sales infographic below: 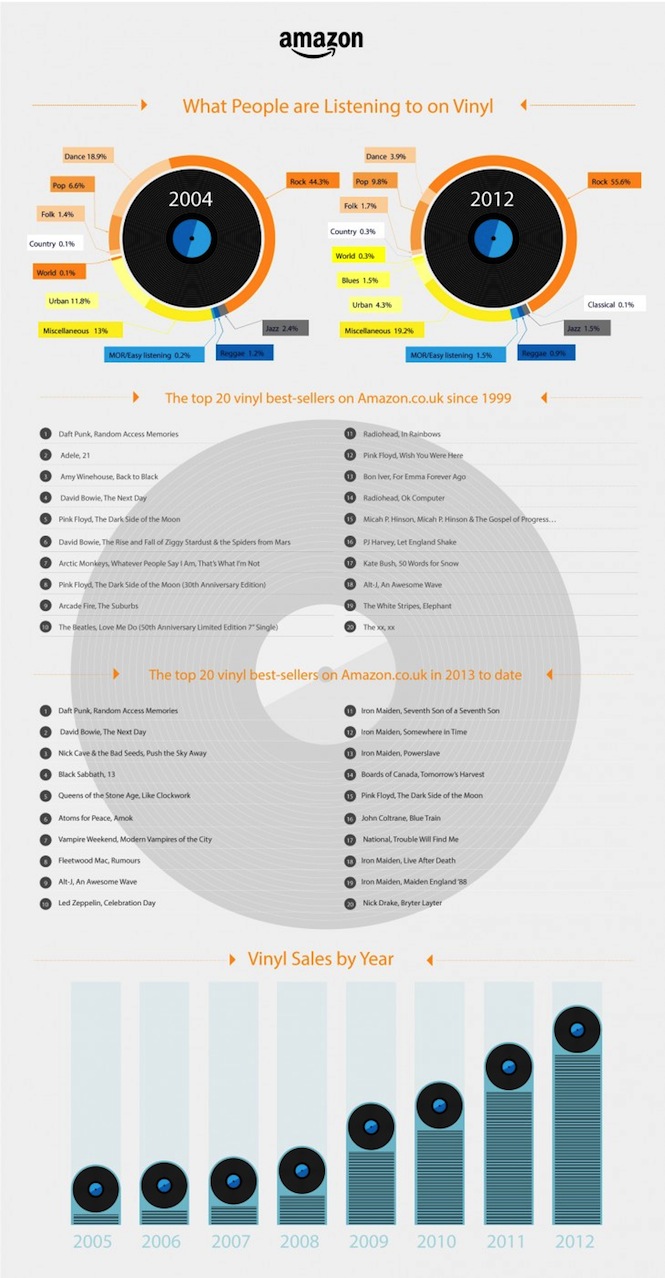 Unreleased Beatles material from the BBC planned for November